The board game industry has some unique vocabulary that includes descriptors of the primary characteristics of the type of game which can be confusing to new players, so we thought we'd help to define some of these characteristics to make choosing your next game even easier!

Over the past several years, we have been welcoming a growing number of people into the “board gaming family”. Most of the time it is folks who grew up playing a variety of card games or some of the classics like Monopoly and The Game of Life, who have welcomed our suggestions to try out a game like Ticket to Ride or Settlers of Catan, and loved it!  It’s not long before they’re coming back to us for more suggestions and a desire to learn more about the various types of games.

The board game industry has some unique vocabulary that can be unfamiliar at first, so we are going to attempt to simplify and explain some things to help provide a little context. Welcome to the first in our series of board game primers. For newer gaming families, this article series will hopefully give you many examples of not only the different types of board games out there, but ideas for which ones you might enjoy playing. Over the course of a few articles, we will take you on a tour of a variety of different board game mechanics (which is defined as a primary characteristic of how the games are played). We hope you can find something here that sparks your interest and encourages you to try a new experience on your tabletop!

Area Control board games all revolve around the idea that spaces on the game board are valuable. Usually, the board is divided into different areas and you'll use tokens, miniatures, or some other type of game piece to control the area by having the most of that type there. For example, in Carcassonne, if you have 3 meeples in a city when it's finished, and I have 2 meeples, you'd be in control of the city and score the victory points for it. These games are all about deciding the best places to spend your limited resources and usually have multiple players competing over limited board spaces. Often times, most of the information about the current state of the game (and who is leading) is transparent to all players. 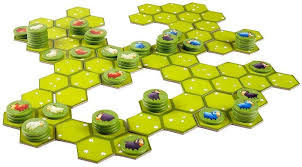 Auction mechanics are just what you’d expect. Something in the game is up for sale and players must bid to try and obtain it. Auctions can either be just a mechanic that’s part of the game, such as bidding for cars in Downforce, or the entire game itself, as with Modern Art. Whether you want a game that’s just about buying and selling, or looking for something that combines bidding with other mechanics you like, Auction/Bidding is versatile enough to be in many different games. If you love to wheel and deal, then an auction game might be for you!

Card drafting is featured in many different games and it revolves around taking cards from a pool and adding them to your personal hand. It’s mainly used in two different styles. The first way is drafting cards from a faceup pool, or market, on the table. Examples of this would be how you obtain trains in Ticket to Ride. Another popular way is with the “pick and pass” style, where you have a hand of cards, you choose one, and pass the rest to another player. This mechanic is featured in the card game Sushi Go!. If you like the idea of building your hand of cards from a pool of options, then this mechanic might be a good fit for you. 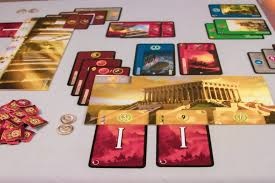 Deck building has players constructing their play deck over the course of the game. Not to be confused with deck construction games, like Magic: The Gathering, where you build your deck before the game starts. In deck building games, players all start with a similar basic deck and will draft or purchase cards throughout the game to make their play deck better and more powerful. Usually, players will need to balance collecting cards that give them money or actions vs victory point cards that help them win the game. 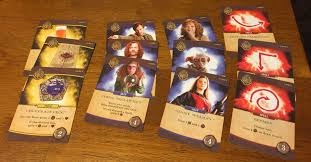 While dice are used in many board games as a tool for randomization, some games will use dice as their main feature. You’ve probably played Yahtzee in the past which is one of the earliest examples of the Roll and Write genre—games where you roll dice and write the results on a sheet of paper. Games like Qwixx and That’s So Clever take this concept to the next level with deeper gameplay. However, there are also games that center around dice rolling, yet mesh them with other concepts. Games like Catan combine dice rolling with negotiation, while Sushi Roll! combines dice rolling with drafting. 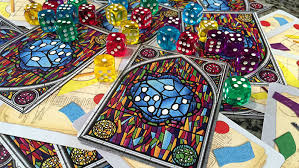 If any of these new games or mechanics looks interesting to you, be sure to head over to your nearest Fair Game store and we can help you pick up a copy of the game. If you are looking for a recommendation for a different game in one of these categories, let us know and our helpful staff members can point you in the right direction.