Ticket to Ride is one of the most popular games of all time, and should be in everyone's gaming library. If you've been playing it for a while and are ready to try something new, we have some options that expand on a few of the game's key mechanics.

So let's talk about Ticket to Ride. Chances are you’ve played this amazing game designed by Alan Moon, which debuted way back in 2004. If you haven’t played this gem, it’s definitely worth taking for a spin. To give a quick overview, Ticket to Ride is an elegant game that’s incredibly simple to learn. 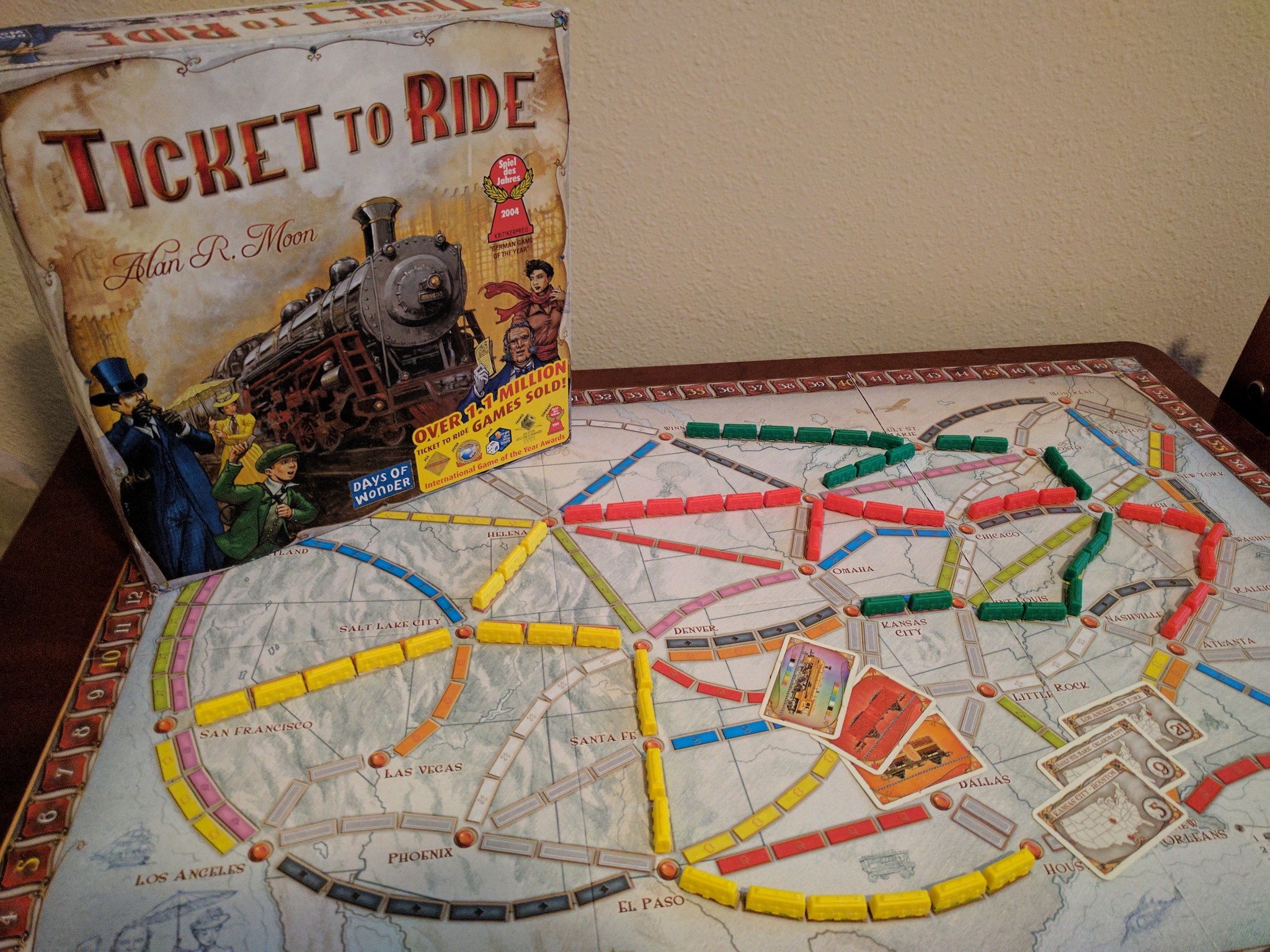 Players are collecting train cards in various colors and using them to claim railway routes throughout North America. The longer the route, the more points they are worth. Each turn, players will either draw more cards, claim a route, or draw more destination tickets, which give you a goal of connecting two cities for bonus points. Ticket to Ride is a modern gaming staple that really should be in everyone’s collection.

If you’ve been claiming routes in Ticket to Ride for a while now, you might be ready to try something new. To help you with that, we came up with a few options for games that use similar mechanics from Ticket to Ride, yet in an entirely new way. There are three core mechanics we are going to look at that are also used in many other games: Route Building, Card Drafting, and Set Collection.

If your favorite part of Ticket to Ride is claiming those colorful routes on the board, then take a look at Blue Lagoon. 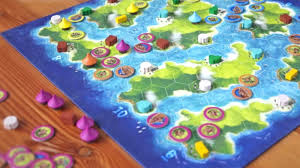 In this game, players will be creating chains of villagers and rafts as they attempt to explore the archipelago for resources. While Ticket to Ride used sets of cards to build routes, Blue Lagoon has you placing tokens adjacent to previous ones you placed. In essence, you are creating your routes from a starting point and expanding outward. If you place a token on a resource or statue, you can claim it for victory points.  Another of our favorites is Trekking The National Parks which celebrates the U.S. National Parks in a fun and competitive way.

The second main mechanic of Ticket to Ride is card drafting; looking over your available options and taking the card that best fills your need at the time. If you enjoy this aspect of the game then you might have fun with Reef. 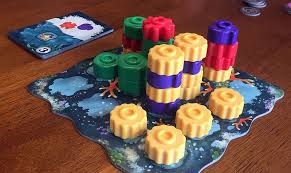 This colorful game has players building their own coral reef out of plastic pieces. Each round, a player will either draft an available card, or use the cards in hand to build and score their reef. Each card has two halves, the top part shows which pieces you can take, while the bottom of the card shows how it scores. The game is incredibly easy to learn, but thanks to the dual nature of the cards, it rewards forward-thinking and long term strategies.  Another great card drafting option that is easy for younger players to pick up is Sushi Go! 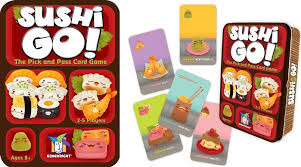 The last mechanic from Ticket to Ride we are going to look at is set collection. You can’t claim a route in the game until you have a matching set of cards. Fans of this type of gameplay will want to take a look at Jaipur. 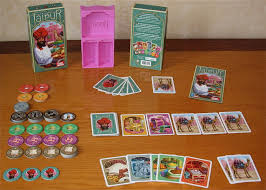 This fast-paced, two-player card game has players facing off as competing merchants. On a player’s turn, they can either take or sell cards. The main goal is to collect the biggest set possible before selling your goods, as you get to claim as many chips as the number of cards you sold. Yet because the chips decrease in value, you don’t want to wait too long, less your opponent snatches up the high point chips before you. The wrinkle is (there is always a wrinkle isn’t there) that you gain a bonus for selling 3 or more cards. So it’s a risk vs reward situation on how long you can wait before cashing in your set!  Another of our favorite set collection games to play as a family is Go Nuts for Donuts.  We love it as the artwork and theme is very playful and there is a very serious opportunity to practice (and discuss) game theory and understanding that the obvious “best” option might not be best option! 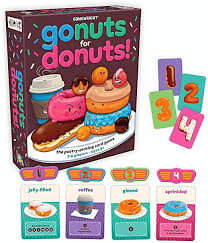 We hope this helped provide new ways to branch out from a game you know and love. If you are looking for more options to choose from, be sure to stop by one of our two Fair Game stores and our helpful staff can point you in the right direction of a new game to bring to your tabletop.