There are a bunch of games that foster creativity in children and young adults and we wanted to explore some of our favorites to share with you!

While most all games have an element or two that reward creativity and finding unique approaches to a problem, I have a special place in my heart for those games that really facilitate the pure imagination machines that are kids.  We run a variety of game programs with children and families and I always walk away from those interactions with a big smile on my face and a “how did they come up with that?!?”  Observe one of our Youth Dungeons and Dragons sessions for 15 minutes and you will know exactly what I’m talking about.

Adult society is formed out of an educational structure that seems to move us away from the creative elements and into a more rigid structure.  There are rules.  You can do this.  You can’t do that.  Kids are born with a very active imagination – and we owe it to them (and ourselves) to find ways to continue to foster that as they grow older. A Pixar-like short story animation on the topic recent caught my eye:

Some folks talk about the idea of “divergent thinking” which is loosely defined as the ability to break from the mold of old ideas, to make new connections and really open up the process of learning.  It’s really about encouraging children to generate new ideas and to riff on those ideas, without any idea as to where it will lead (or even a need for it to lead anywhere in particular).  There are lots of ways that we can encourage this type of activity and growth…things as simple as asking open ended questions (What would it be like to live in a tree?), engaging with the arts (finger paints, anyone?) or providing access to a bin full of random Legos.

There are also a number of very good games that help facilitate creative exploration.  A few of our favorites, organized by age, are outlined below.

For young children, some of our favorites include Rory’s Story Cubes, Once Upon a Time and No Thank You, Evil.  Rory’s Story Cubes come in a variety of different themes, but the gist is that you have a handful of dice with simple pictures on each side.  Grab the dice, give them a shake and then roll.  The player who rolled gets to look at the pictures that landed face up, and starts with “Once upon a time”….selecting the picture that catches your eye first and eventually winding your story through all 9 images that are showing on the dice.  There are a variety of different ways to play and while this is great for younger players, it's a wonderful game and creative tool for any age, really.  We've even heard from a professional writer that likes to use the cubes to help break out of a case of writer's block!

Once Upon A Time is an award-winning storytelling card game where one player is the Storyteller who creates a story using the fairy tale elements on their story cards, guiding the plot toward their ending Card. The other players use their own cards to interject and become the new Storyteller. The winner is the first player to use all her Story Cards and play her Ending Card. The object of the game, though, is not so much to win as to have fun creating a story together.

No Thank you Evil is a wonderful Role Playing Game that is tailor-made for young adventurers.  I had ZERO Game Master (the role taken on by the person leading the adventures) experience before playing this with my two girls a few months back, and the publishers make it very easy for adults to be able to lead the kids through the game. Players create a story as they work together to make their way through the adventure….it is a blast to play. 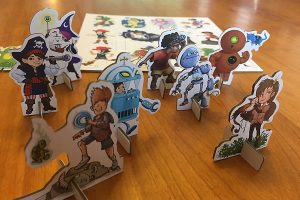 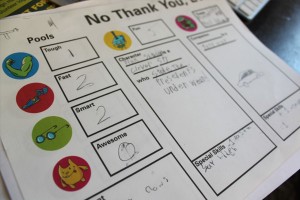 For the tweens/teens crowd, there are also a ton of great options.  The Dungeons and Dragons Starter Set is an unbelievable value.  For $20 you get everything that you’ll need for a group of 5-6 players to jump into playing….an adventure book for the Dungeon Master (the facilitator of the story), a rulebook for playing characters, 5 pre-generated characters and some dice.  I’d recommend grabbing an additional set of dice for each of the players to make game-play a bit smoother.

Dixit is a visually stunning game where players take turns selecting a card, creating a description for it and saying it out loud.  (It’s a more artistically-forward version of the popular Apples to Apples) The description can be a phrase, one word or even an association.  The other players check their available cards and find one that best matches the description, placing them in the center of the table face down.  They are all simultaneously revealed and the group tries to determine which card was originally described.  It’s a delicate balance of being specific, but not too specific and thinking of creative associations.

When I Dream is another game that has amazing art.  Players take turns acting as the dreamer and attempting to correctly guess cards based on one word clues given by the other players.  At the end of the turn, the dreamer is asked to recreate their dream by weaving a story out of the guesses they used during the round. The fun twist is that each person not dreaming is given a secret role for that round, with some folks attempting to help the dreamer correctly guess and others doing their best to sabotage.

The final game to highlight is A Fake Artist Goes to New York.  It’s a party game for 5-10 players that is part deduction and part drawing. Players take turns being the Question Master, whose role is to pick a category, write a word within that category on dry erase cards and hand those out to the other players who are the artists.  All but one of the players know the secret word, the outlier becomes the fake artist. Players then go around the table twice, drawing one contiguous stroke each on a paper to draw the word established by the Question master, then guess which of them is the fake artist.  If the fake artist is not caught, both the fake artist and Question Master earn points. If the fake artist is caught and cannot guess what the word is, the artists earn points.  How good are you at being obvious, but not too obvious? 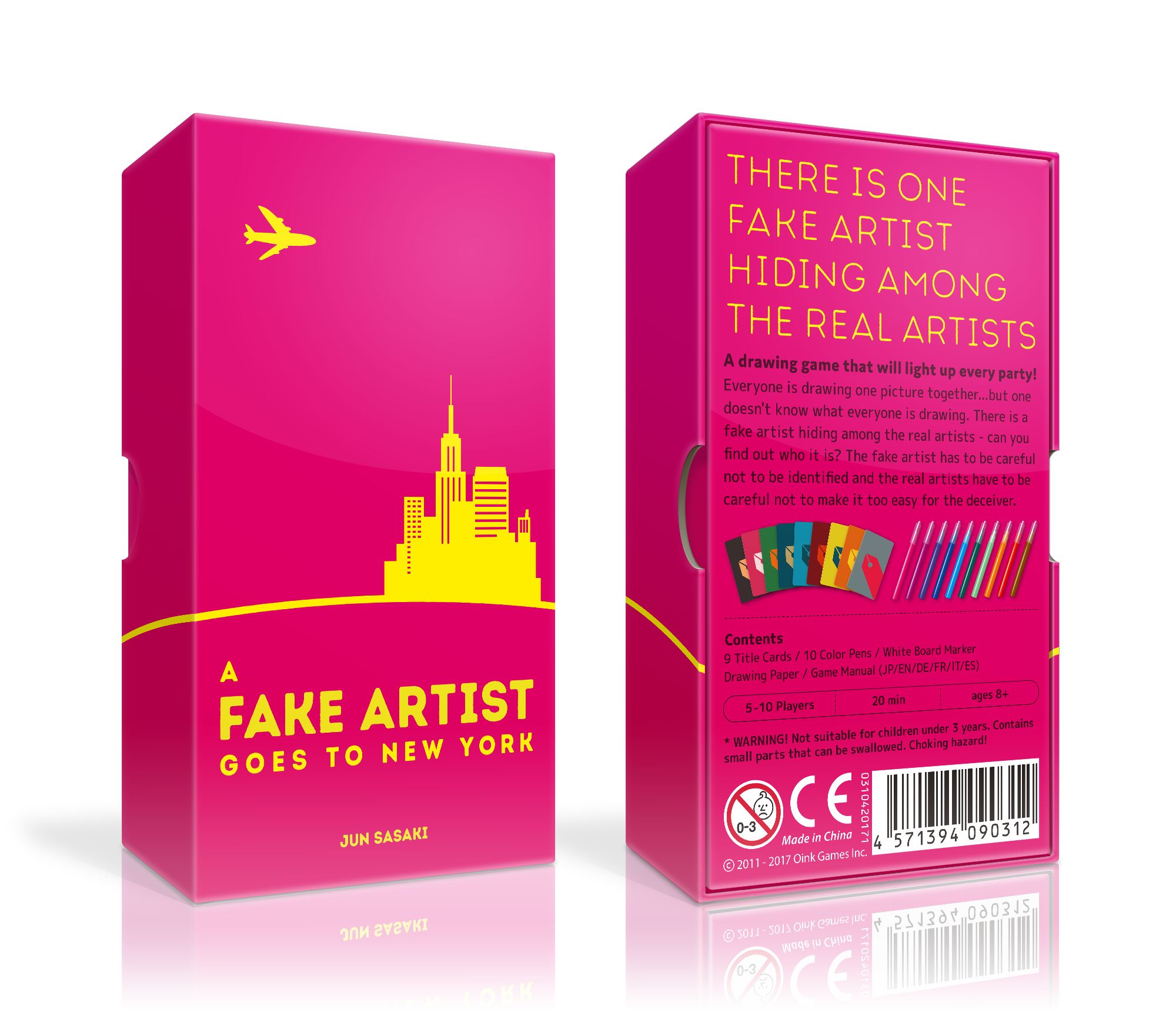 So….what are some of your favorite games that bring out the creative sides in players?