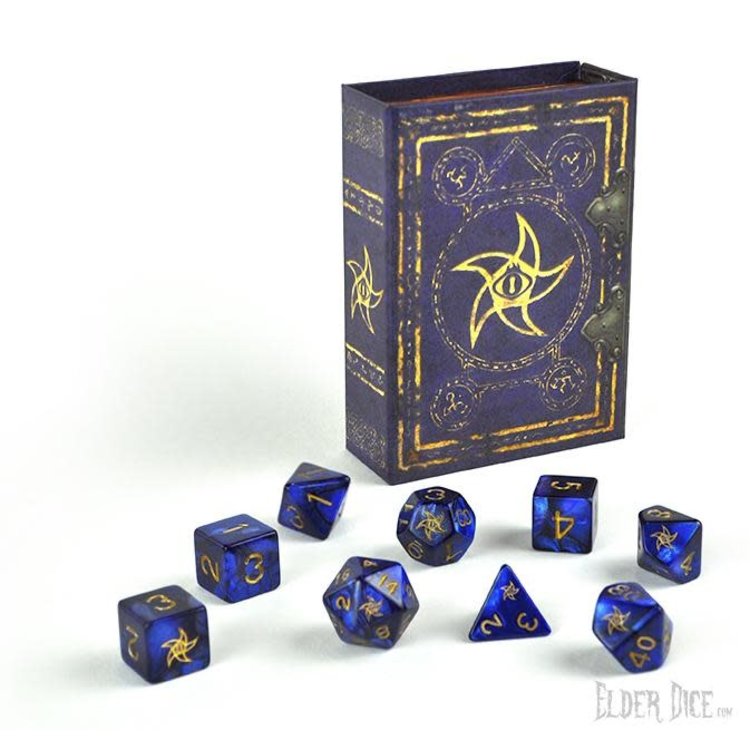 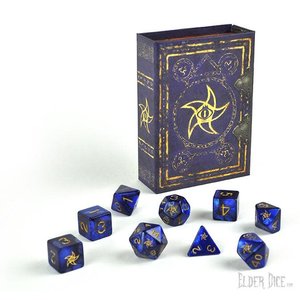 Elder Dice add the perfect magical touch to any fantasy or horror roleplaying game. They are also great for enhancing your favorite board games. This set features the star-shaped version of the Elder Sign, known as the Astral Elder sign. It is a protective ward against the less-savory immaterial creatures of the world. The symbol replaces the highest value of each die.

The set is packaged in a matching spellbook box with a magnetic clasp. It has an interior dimension of 2.75 inches by 3.75 inches. Its interior features "The Whisperer in the Web", a work of art by David LaRocca.