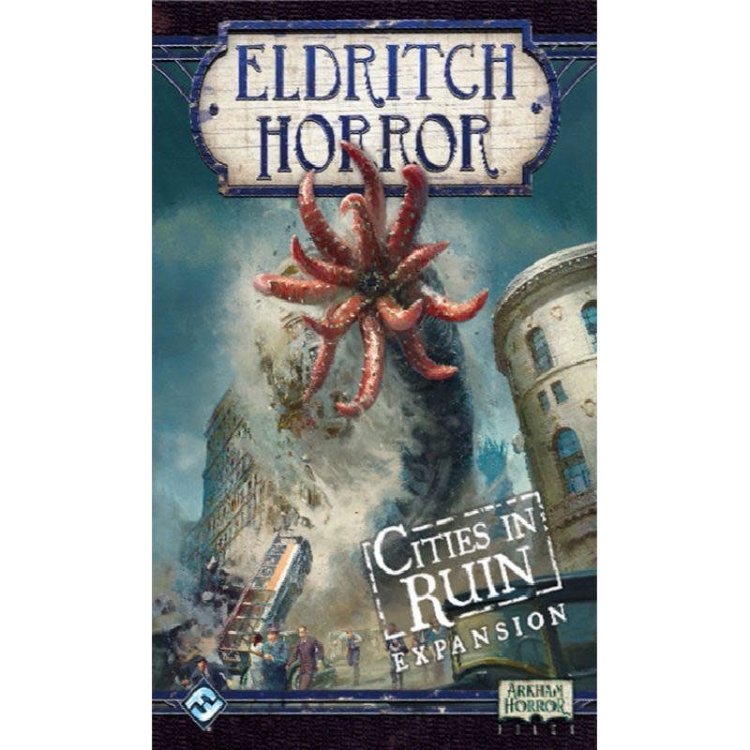 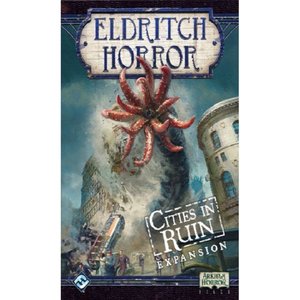 Violent earthquakes contort cities to unrecognizable ruin, unrelenting typhoons eradicate coastlines, and deep below the the Earth something ancient stirs. Shudde M`ell, The Cataclysm from Below, approaches with destruction and ruin as his heralds! The seventh expansion for Eldritch Horror, Cities in Ruin sees four new investigators take up the fight against the Ancient One Shudde M`ell, a being so powerful its mere dreams bring cities to ruin!