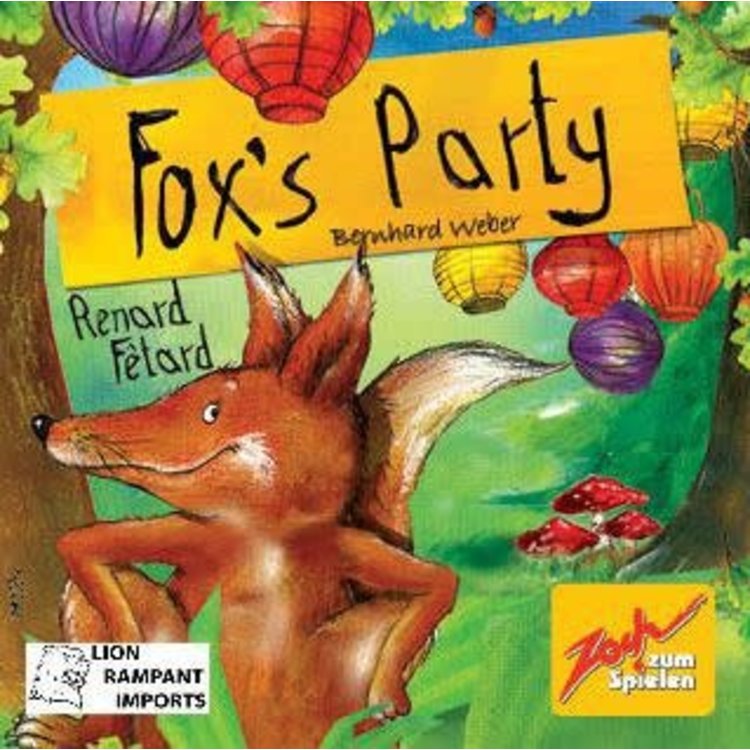 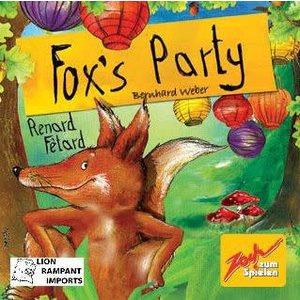 0 reviews - add your review
$14.99
in stock
Fox's Party is a fast playing push your luck and memory game in one.

Each player starts with a deck of twelve face-down cards, each card shows one of seven animals on it, but since those cards are face-down you don't know which animals you have, at least not at first.

The remaining cards are placed face up in the center of the table so that everyone can see the critter on the top card; the face of each card also shows a "size chart" of how the animals relate to one another in size: the ant is the smallest, followed by the snail, the frog, the hedgehog, the fox, the deer and the bear.

On a turn, you state whether you think the card on top your deck features an animal that's larger, smaller, or the same size as the animal on top of the deck, then you reveal that card.

If you're wrong, you place the card face down on the bottom of your deck and end your turn.

If you're correct, you can stop or decide to take another guess, but this time you'll compare the hidden animal on top of your deck with the animal that you just revealed.

Anytime you're wrong, you bury all revealed cards in the same order face down under your deck. But if you stop after one or more correct answers, you then place all of those cards (in the order guessed) on top of the central deck.

The first player to play all the cards in his deck wins.