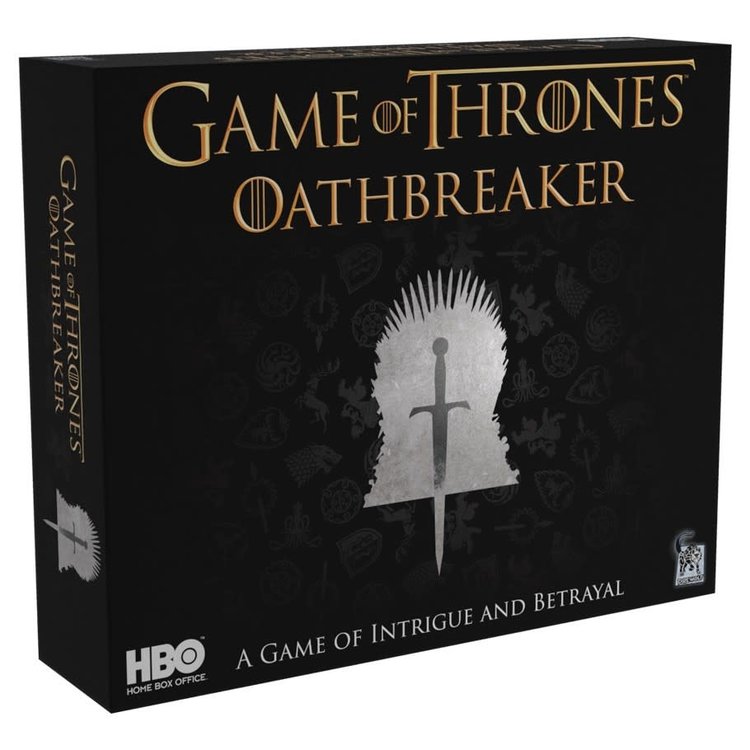 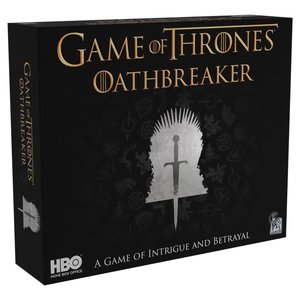 From the design team that brought you Clank! A Deck-Building Adventure and Clank! In! Space!, Game of Thrones: Oathbreaker is a game of deception for 5-8 players. One player takes the role of the king, while the others represent the great lords and ladies of Westeros. Some are loyalists who want order in the realm. Others are conspirators, seeking to end the king’s rule. And all of them have a secret agenda of their own. Who is truly loyal, and who is simply hungry for power, honor, or coin?It’s up to the King to figure out, before it’s too late.5-8 playersAges 12+30-45 minute play timeContents:2 Double-sided game boards6 Double-sided character boards6 House sigilsHand of the King emblem60 Reward cubes125 Cards33 Oversized mission cardsOrder, Chaos, and Round trackersRulebook