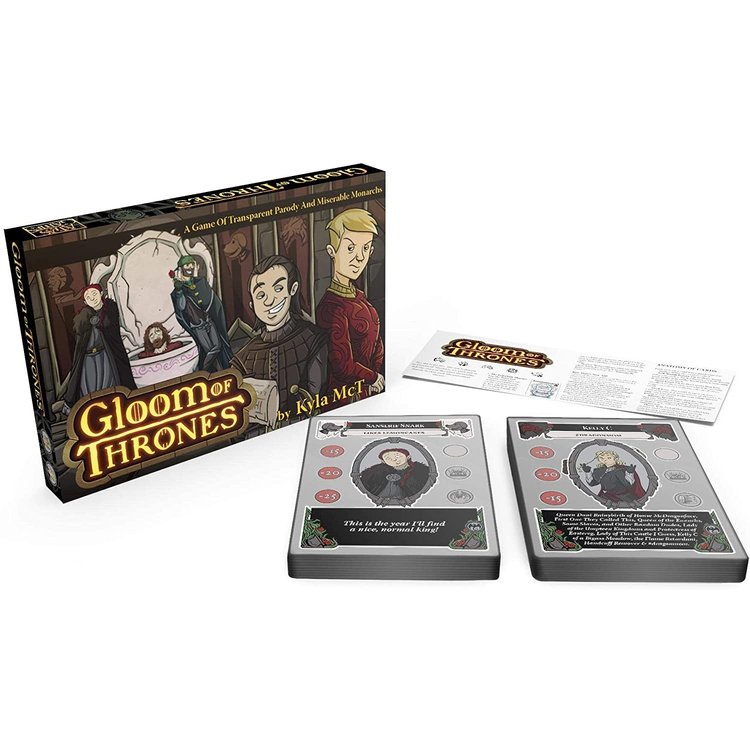 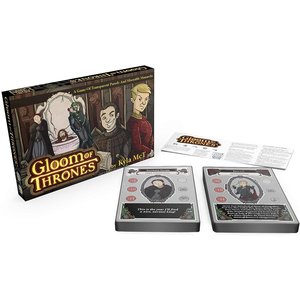 In Gloom of Thrones, each player has a family of five Characters. Players try to make their own families the most miserable, while cheering up the other players' families.

Characters become sad or happy primarily by having Modifier cards played on them. Each Modifier affects the Self-Worth score of the Character it's played on. Players also play and discard Event cards for various immediate effects.

As the game continues, the Characters are killed off one by one, as Untimely Death cards are played on them. When one entire family has succumbed to Untimely Deaths, the game ends. Self-Worth scores are then tallied, and the most miserable player wins the game.