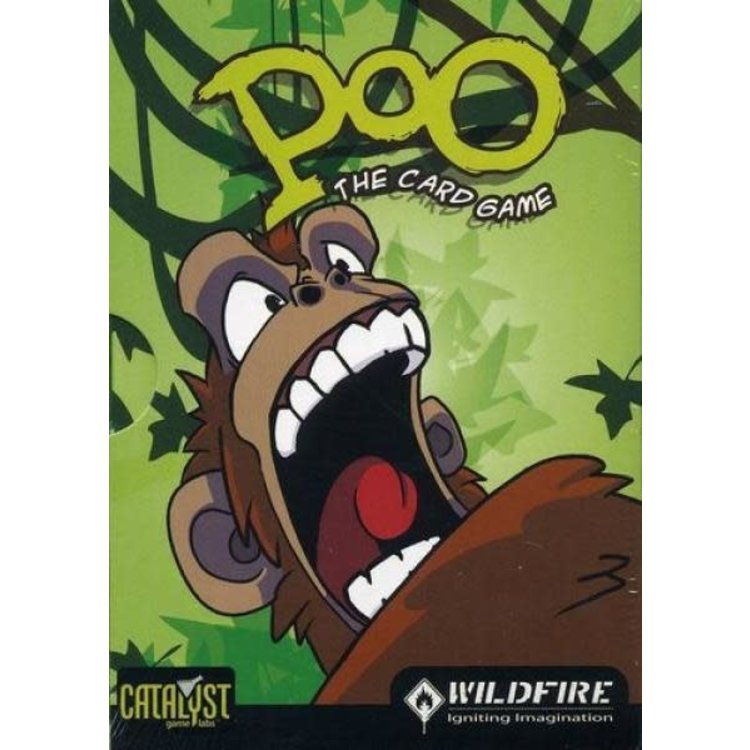 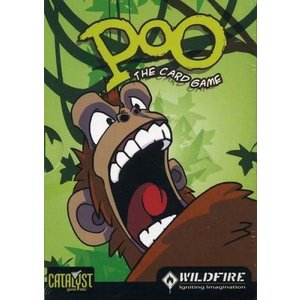 Poo is the board game that lets you play with (ahem) poo. It’s been a tough day in the monkey cage and something in the food tonight wasn’t quite right. In monkey world, there’s only one thing that can be done about it - fling poo!   Poo is a fast-paced card game for two to eight players, requiring anywhere from five to fifteen minutes to play. It’s fast and furious - something you can play while waiting in line or on lunch break.

Each player takes on the role of a monkey. You fling poo and mess with each other until only one monkey is left standing. That monkey, of course, is the cleanest one. Each turn, every player gets to draw and play a card, usually either to fling poo at another player or to clean himself off. Out of turn, each player gets to play cards to defend himself or foil other players’ poo flinging.