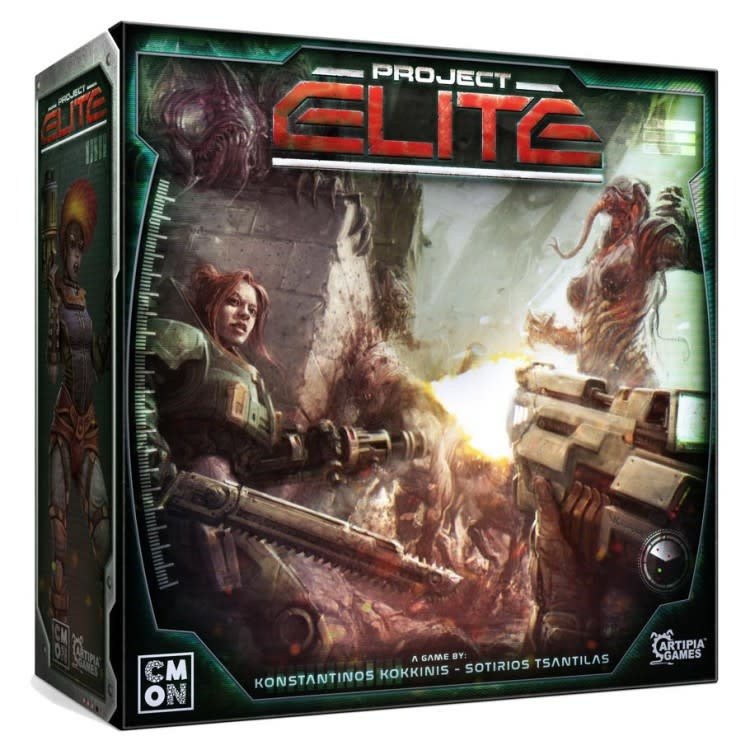 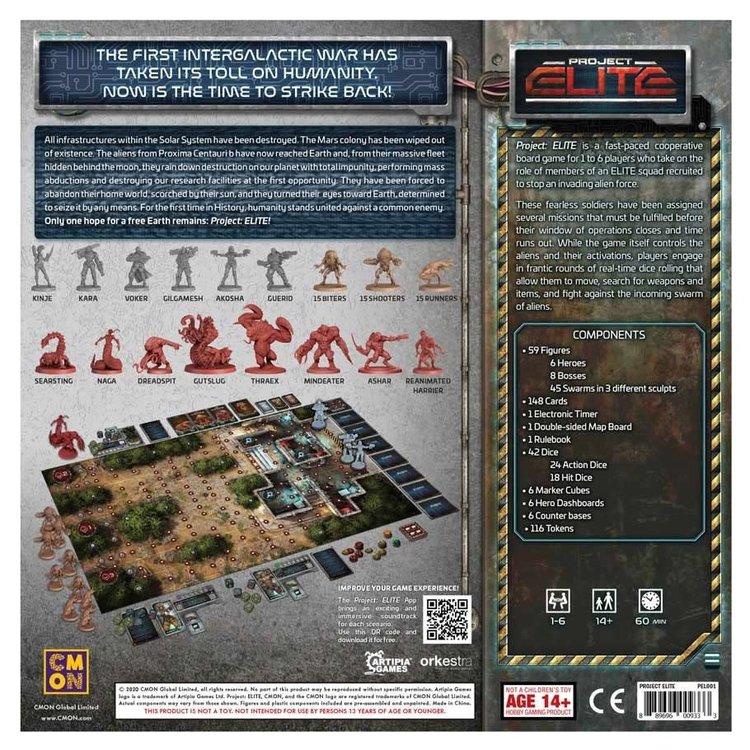 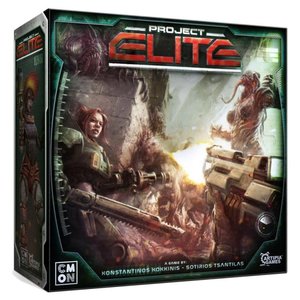 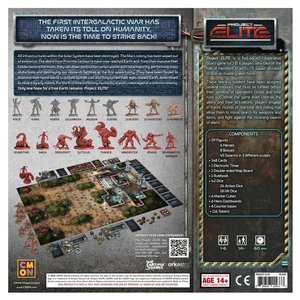 0 reviews - add your review
$99.99
in stock
In the game Project: ELITE, players take on the role of heroes trying to save the Earth after the first wave of an alien invasion.

The first attacks came suddenly, without warning. Our defenses were devastated, most major cities being turned into craters. When the aliens came, they made their presence known by the devastation they left. However, after those first attacks, things became much more surgical in nature. We realized that the aliens weren’t trying to destroy everything, even though they proved they certainly could. They wanted our planet as intact as possible for their own colonization. But still, Earth is our home, and we will protect our home.

The game uses real-time elements, as players roll their action dice, letting them move around the board and attack targets during a two-minute sprint each round. However, the action dice also have an alien face side, which will let the enemy advance towards their goal. Players must coordinate their movement during the energetic, hectic time limit if they want to finish their goals and send the aliens packing.