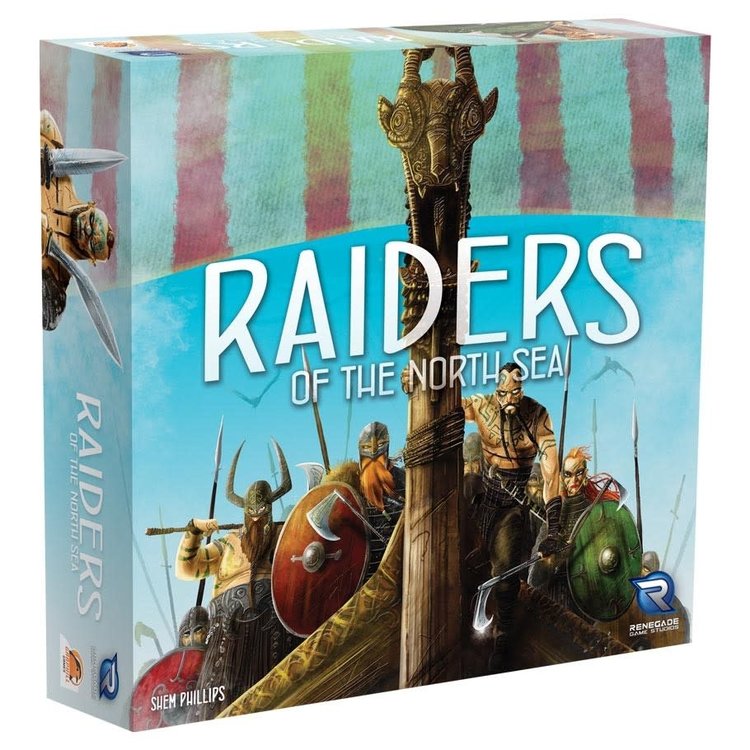 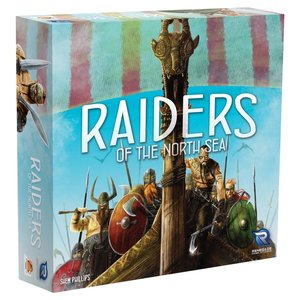 Raiders of the North Sea

Raiders of the North Sea is set in the central years of the Viking Age. As Viking warriors, players seek to impress the Chieftain by raiding unsuspecting settlements. Players will need to assemble a crew, collect provisions and journey north to plunder gold, iron and livestock. There is glory to be found in battle, even at the hands of the Valkyrie. So gather your warriors, it’s raiding season!The aim of Raiders of the North Sea is to impress the Chieftain by having the most Victory Points (VP) at the game’s end. Victory Points are gained primarily by raiding Settlements, taking Plunder and making Offerings to the Chieftain. How players use their Plunder is also vital to their success. The game ends when either only 1 Fortress raid remains, all Valkyrie are removed, or all Offerings have been made.2-4 playersAges 12+60-80 minute play timeContents:Game Board71 Townfolks Cards4 Ship Cards (in 4 colors)16 Offering Tiles12 Score Markers (in 4 colors)18 Valkyrie18 Gold18 Iron26 Livestock32 Provisions32 Silver7 Black Workers11 Grey Workers12 White Workers2 Averaging DiceBlack bag