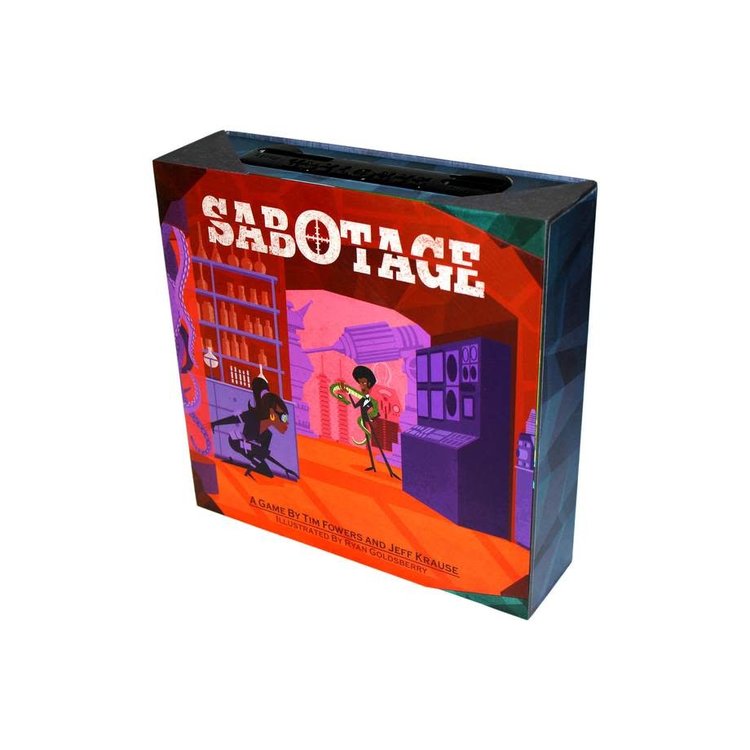 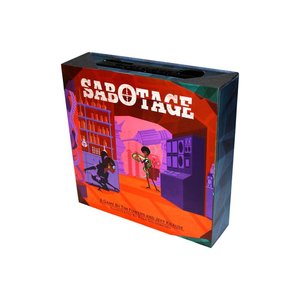 Sabotage is an asymmetric stealth game for two teams of two players each. One team, the villains, are trying to take over the world with their doomsday devices. The other team, the spies, are infiltrating the villains' secret lair to stop them. The spies must use their stealth and cunning to shut the villains down without getting caught. The villains must use their deductive reasoning and a massive stockpile of weapons to prevent the spies' subversion. 2-4 players, ages 10+, 60-90 minutes