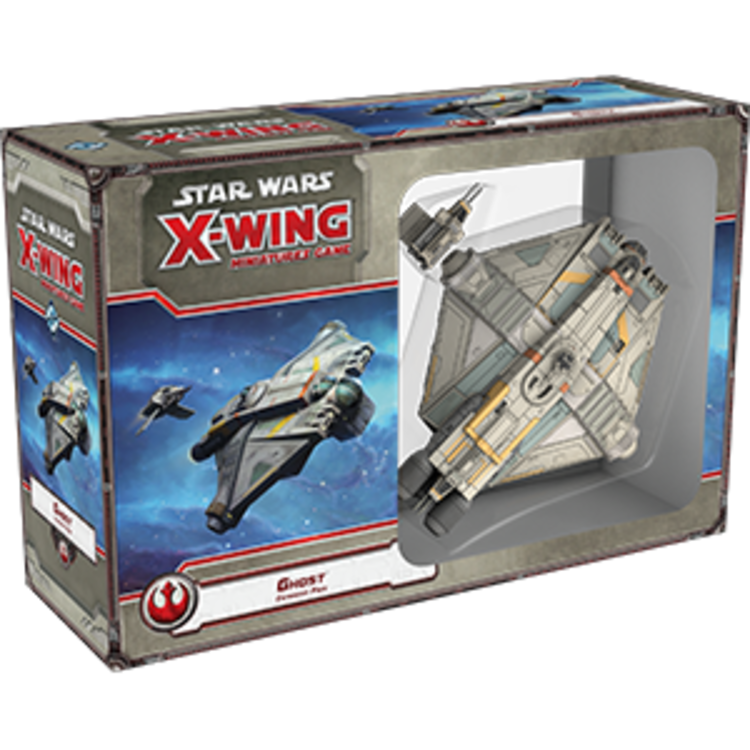 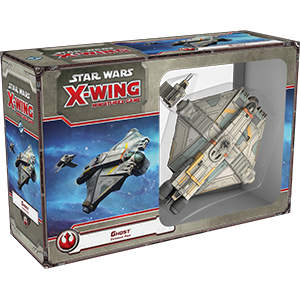 Spark your own rebellion against the Galactic Empire with the Ghost Expansion Pack for X-Wing™! Fly into battle with the Ghost and Phantom, and recruit the talents of Ezra Bridger, Kanan Jarrus, Hera Syndulla, and the other heroes of Star Wars Rebels. The galaxy's most famous VCX-100 – and likely the hardest to detect – the Ghostenters the game as a massive, pre-painted, large-base Rebel starship that comes with rules for deploying the accompanying attack shuttle miniature into battle. You'll also find eight ship cards, sixteen upgrades, and all requisite tokens and maneuver dials.

This is not a complete game experience. A copy of the X-Wing Miniatures Game Core Set is required to play.