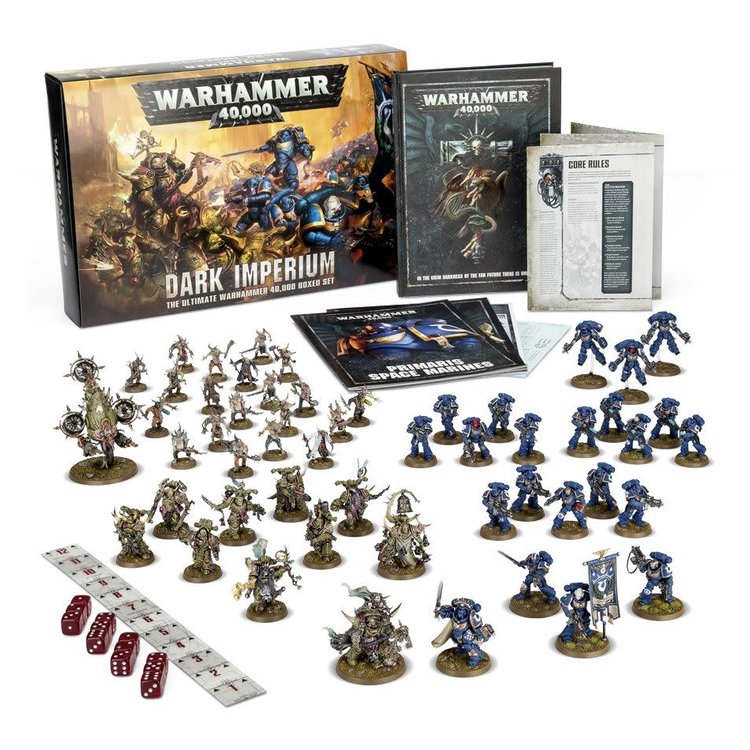 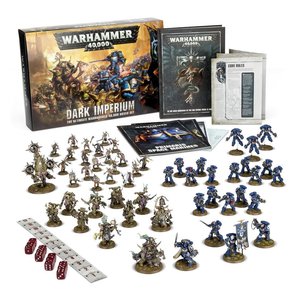 0 reviews - add your review
$159.99
1 in stock
Dark Imperium is the ultimate Warhammer 40,000 boxed set – a beautifully-packaged set of 53 detailed Citadel miniatures, the complete and unabridged hardback Warhammer 40,000 book, and all the extra bits needed to get started with gaming as soon as possib

Across the war-torn battlefields of the 41st Millennium, Mankind battles for survival against myriad horrifying foes. Beset on all sides by hostile aliens and threatened from within by traitors, Humanity’s only chance for survival rests with the continuation of the cruel and bloody regime known as the Imperium. Yet few among Mankind’s untold population realise the full truth of their situation. If there is any future at all, it is a grim one…