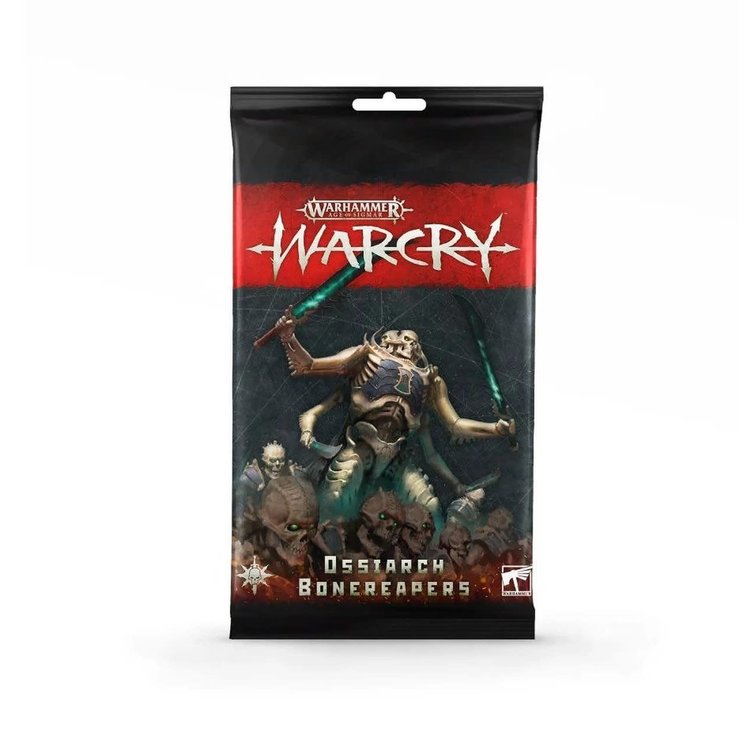 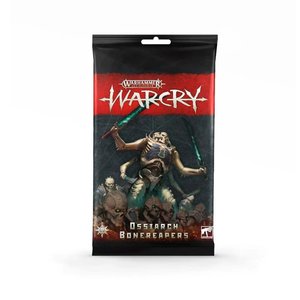 0 reviews - add your review
$10.99
out of stock
Collect the bone tithe in Warcry
Includes fighter cards for 9 fighter types
Master the power of Death with an abilities card

The Ossiarchs seek neither gold nor glory; they covet the bones of the living. From these, the Mortisan acolytes fashion new cohorts of Bonereaper warriors, their animus provided by the composite souls of defeated enemies. Their armies are disciplined and professional, acting in perfect concert to destroy the foe. Yet not every military action conducted by the Ossiarchs is fought on a grand scale – small warrior bands are often dispatched on tasks of particular import, and an increasing number have been observed fighting in the lands of the Bloodwind Spoil.

Claim the bone tithe on the battlefields of the Bloodwind Spoil with this Ossiarch Bonereapers Card Pack! This set contains rules for a variety of these bone-forged warriors, letting you bring Nagash’s wrath to your games of Warcry. If you're looking for a warband that’s durable, disciplined and utterly relentless, this is the one for you.

This set contains:
- A faction ability card, allowing you to harness tactics, tricks and abilities unique to this warband, including the runemarks you need to use them. The reverse allows you to identify the fighters in your warband. The set contains a faction abilities card in each of the following languages: English, French, German, Italian, Spanish, Chinese, Japanese, and Russian.
- Fighter cards for 9 types of fighter, including Mortek Guard, Kavalos Deathriders and Necropolis Stalkers, armed with a variety of different weapons
- 2x divider cards, used to keep track of any tokens that apply to fighters in games