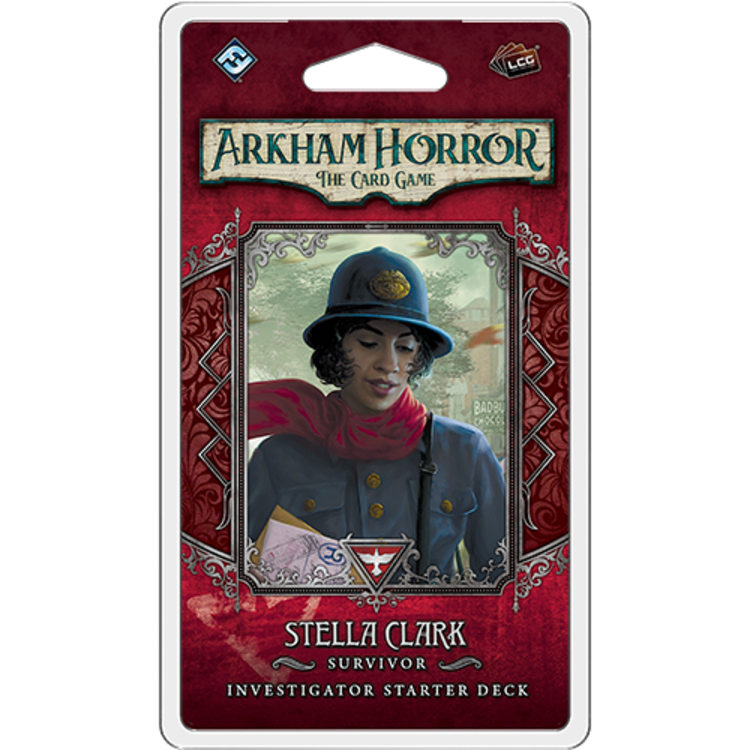 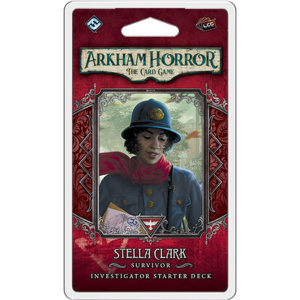 0 reviews - add your review
$14.99
in stock
Now, you have the chance to invite a new faces to your games with the Stella Clark Investigator Starter Deck.

Across the five cycles of Arkham Horror: The Card Game, you’ve encountered new investigators in each new deluxe expansion, giving you more and more options for building your decks and exploring the mythos. Now, you have the chance to invite a new faces to your games with the Stella Clark Investigator Starter Deck.

Each Investigator Starter Deck includes a fully pre-built and ready-to-play 34-card investigator deck, as well as 26 additional cards that can be used to upgrade your deck as you play through a campaign. Delivering the mail six days a week in all kinds of weather wasn’t an easy job, but Stella loved knowing that she was helping people connect with one another. Then, she started finding the letters from Kingsport, calling her to eldritch mysteries—a call she chooses not to ignore, but to chase down. She is well accustomed to failure, but she’s also well accustomed to pushing past it. As Stella, if you fail a skill test, you gain an additional action that you can take during your turn this round, giving you just one more opportunity to prove people wrong and push onward Like Stella herself, this starter deck is packed with cards that can reward you even when you fail. "Grimm's Fairy Tales", for example, lets you heal one horror from an investigator when they fail a skill test at your location. Failure also gives you the chance to play "Grit Your Teeth" and boost all of your skills for the remainder of the round—something that’s certain to be useful with the extra action you gain from Stella’s ability.

Even if you’re a veteran player, there’s plenty of reason to pick up these Investigator Starter Decks. Every starter deck offers a new investigator and a wealth of new cards entering the game for the first time, making these expansions the ideal way to quickly grow your player card collection and discover new ways to play. And of course, they’re perfect for helping a friend get started on their first campaign of Arkham Horror: The Card Game!