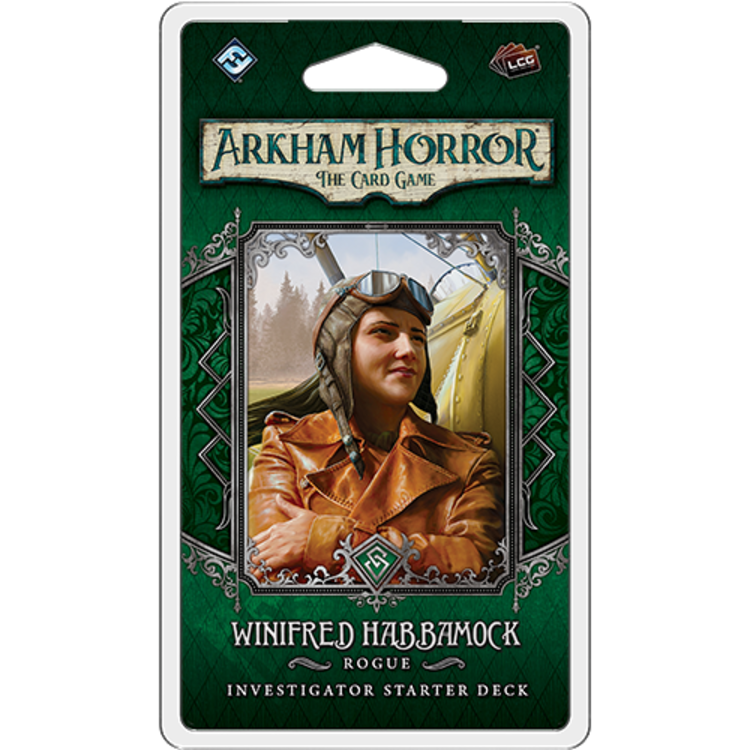 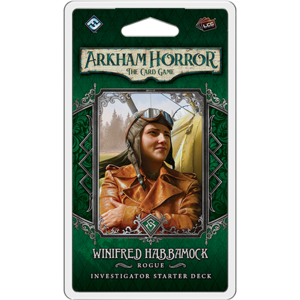 0 reviews - add your review
$14.95
out of stock
Now, you have the chance to invite a new faces to your games with the Winifred Habbamock Investigator Starter Deck.

Across the five cycles of Arkham Horror: The Card Game, you’ve encountered new investigators in each new deluxe expansion, giving you more and more options for building your decks and exploring the mythos. Now, you have the chance to invite a new faces to your games with the Winifred Habbamock Investigator Starter Deck.

Each Investigator Starter Deck includes a fully pre-built and ready-to-play 34-card investigator deck, as well as 26 additional cards that can be used to upgrade your deck as you play through a campaign. Winifred was always one of the smartest kids in her reservation school, but her reckless attitude and lack of respect for authority often got her in trouble. When she found an old biplane in a barn and took it out for a spin, her life was forever changed—and she’s now known as the “woman without fear.” She lives her life by pushing the limits, and you’re encouraged to do the same in the game. So long as you commit at least two cards to a skill test, you’ll draw a card from your deck, giving you an incentive to lean into the Rogues’ tendency to pass skill tests with flying colors. For example, you may take aim with a "Mauser C96" , a new Firearm that packs quite a punch—however, you can only shoot it once per turn, unless you can ready it by succeeding at your skill test by two or more. Or, you may commit "Nimble" to a skill test, allowing you to quickly slip away from a sticky entanglement.

Even if you’re a veteran player, there’s plenty of reason to pick up these Investigator Starter Decks. Every starter deck offers a new investigator and a wealth of new cards entering the game for the first time, making these expansions the ideal way to quickly grow your player card collection and discover new ways to play. And of course, they’re perfect for helping a friend get started on their first campaign of Arkham Horror: The Card Game!