If you have never been to a tabletop game convention, you are missing out!

One thing I really miss is attending gaming conventions. Jumping back to 2020, conventions basically became a non-starter. Despite how much fun we had at them, no one could really argue that they should still be happening. Yet now that things are opening back up, attending a gaming convention has once again become a possibility. And you know what? I’m excited for it! Going to a gaming convention is a ton of fun, and if you haven’t been to one before, you should absolutely consider it. 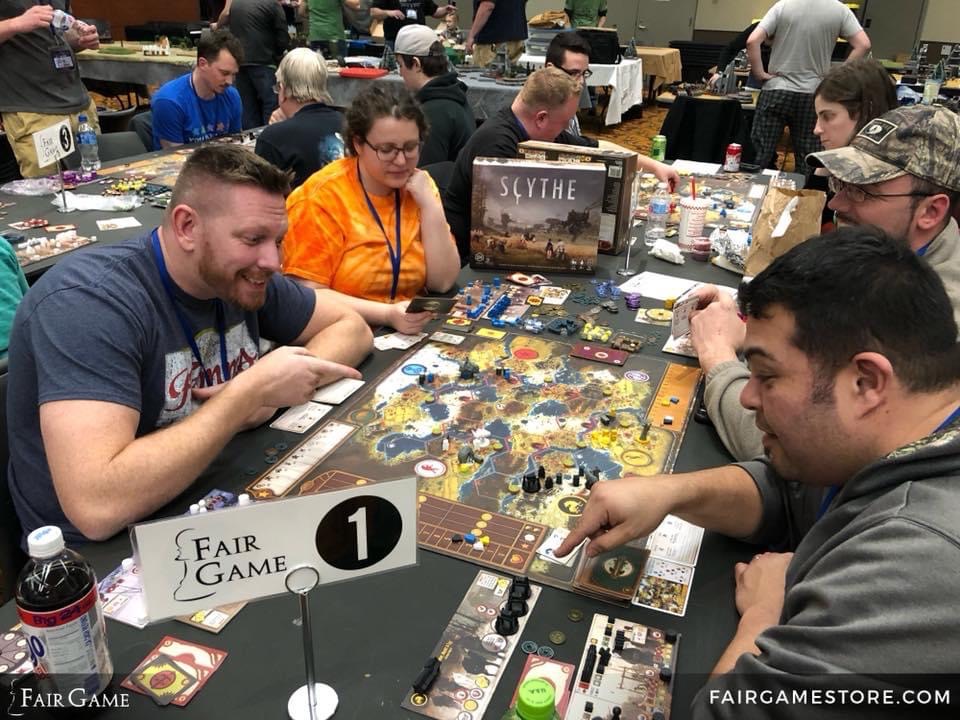 So, what can you do at a convention? Everything, really! Depending on the size of a convention, you will get a vastly different experience. A small, local convention, like Polar Vortex in Lisle, Illinois, is mainly going to be about playing games. Fair Game is also a partner of Lyon Con, hosted by the Lyons Township High School D&D Club. Stepping up from there you get into the mid-size conventions like Adepticon in Schaumburg. This miniatures-focused convention has painting seminars, tournaments, and a small retail area to buy things. It’s only a couple of days but there is a large offering of events to try out.

If you are looking for the ultimate gaming experience, you can’t really beat Gen Con in Indianapolis. Attended by over 50,000 gamers each year, Gen Con has something for just about everyone: seminars, tournaments, learn to play events, costume contents, concerts, LARPs, artists, and the ever-popular exhibit hall. Almost all major publishers will have a booth at Gen Con selling their newest releases and letting you try out their games. There is more to do in Gen Con than time to do it, which is why it is an annual pilgrimage for many each year. 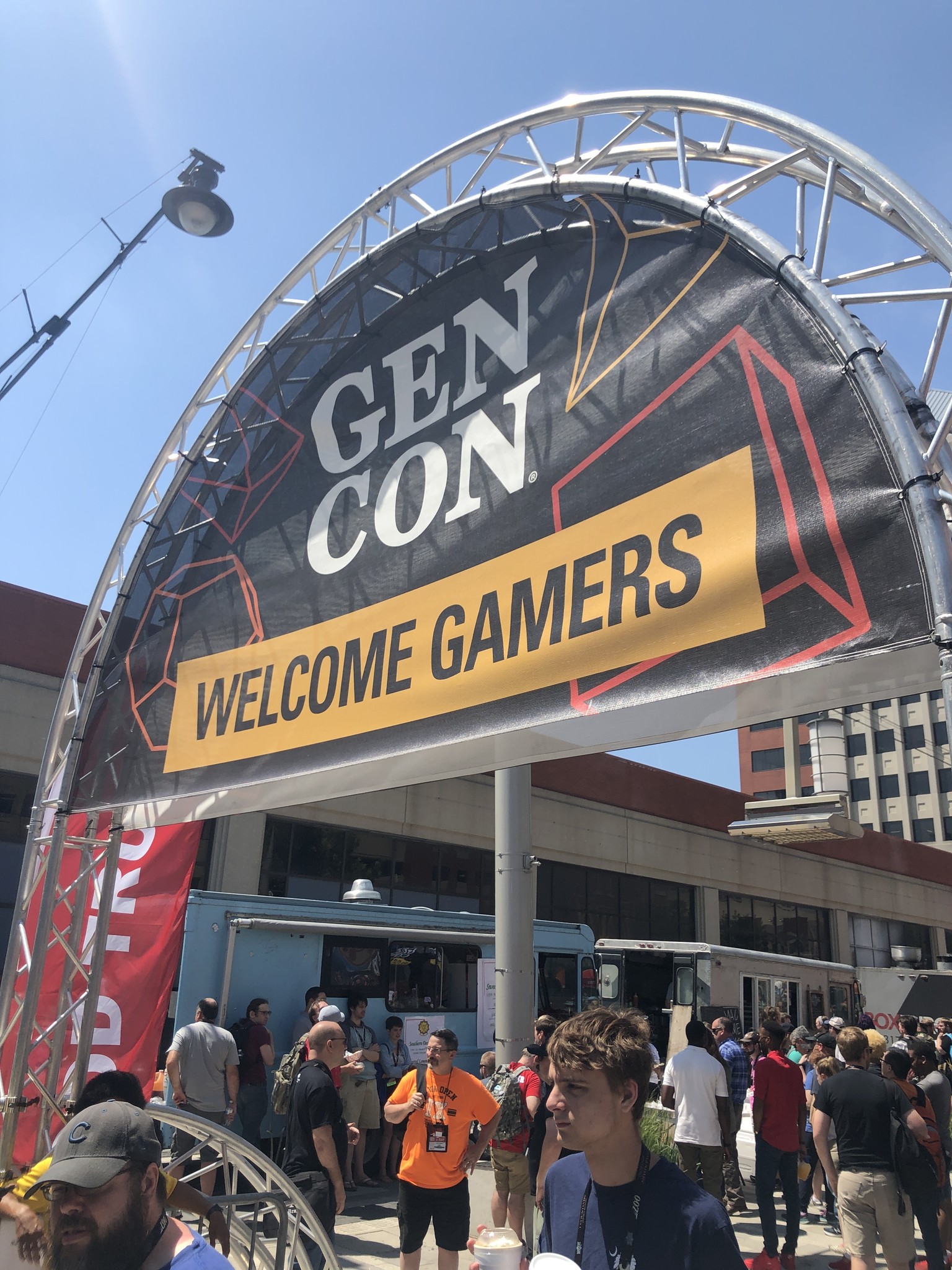 For me, conventions are all about the new experiences; specifically, trying out new games, especially those from smaller publishers. It's pretty easy to keep up to date on the latest Marvel Champions releases from Fantasy Flight Games. However, the chances of you stumbling upon a hidden gem like Medium or Morels is a lot slimmer. Conventions, big or small, give you that chance.

Fair Game often hosts board game demo tables at conventions so that folks can try out the next big thing. At something like the Gaming Hoopla in Gurnee, you can get in on play sessions with other players who will happily teach you their favorite games. At big conventions like Gen Con or Origins, you can just wander the exhibit hall and see what catches your eye. Gen Con even has an “Entrepreneur Alley” where they cluster first time exhibitors to make it easier to find indie publishers. 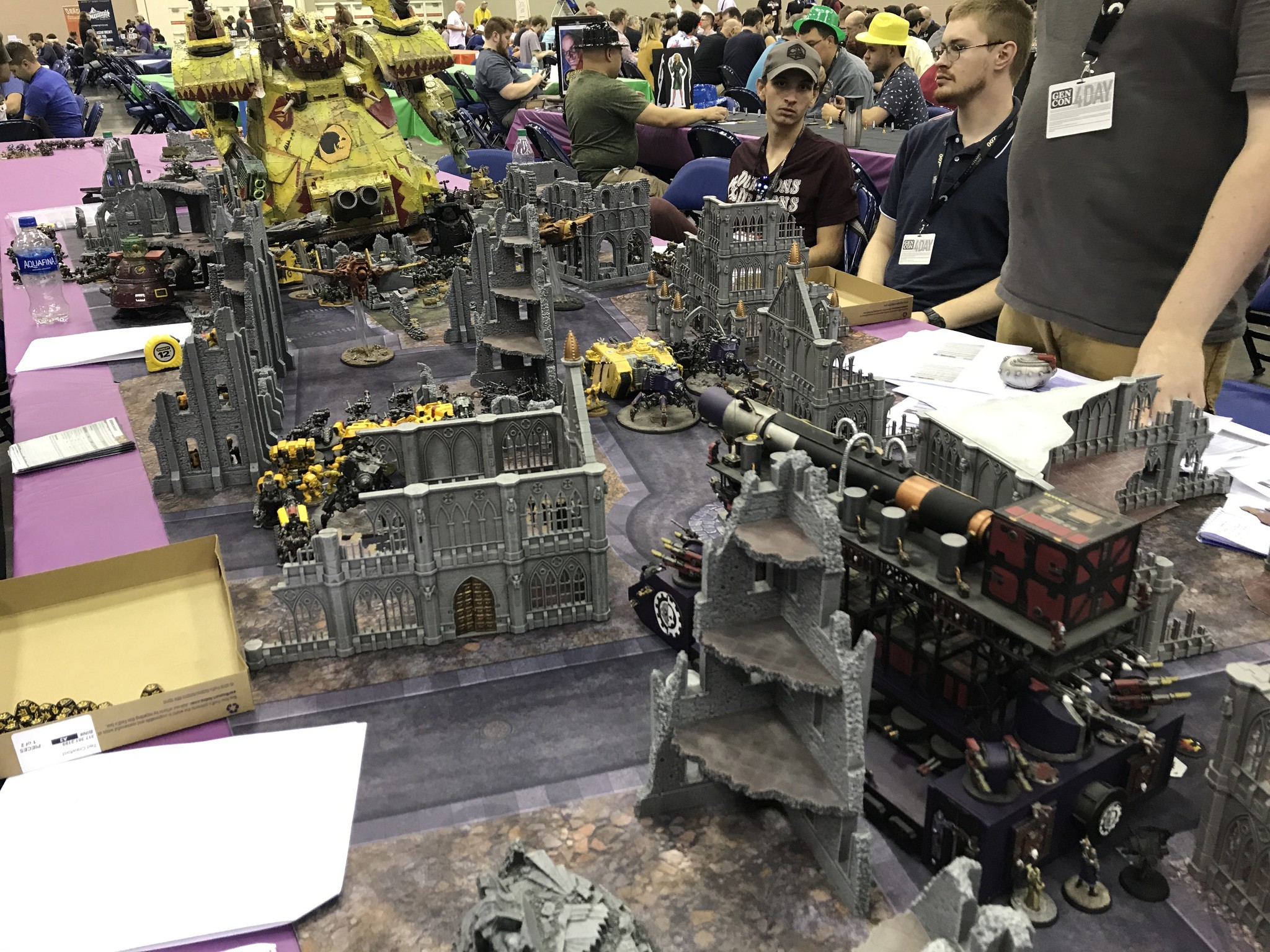 The other great thing about attending a convention is the socialization. You get to meet people who love the same things you do from all across the planet. It is kind of like when you head to an event at Fair Game, but for multiple days rather than just a few hours. And it’s also not just other gamers you can meet, but publishers, designers, and media personalities too. Always wanted to meet Eric Lang and have him sign your copy of Blood Rage? Here’s your chance. Want to yell all a publisher ruining your favorite game with a terrible expansion? Give them what-for! (Don't actually go yell at a publisher - that's not very nice!)

Gaming conventions are unique experiences that I have sorely missed the past few years. From meeting people to trying out the new hotness, they are something that is hard to replicate anywhere else. So I encourage you to head out and give a gaming convention a try this year. You might just find your new favorite game or meet a lifelong friend.