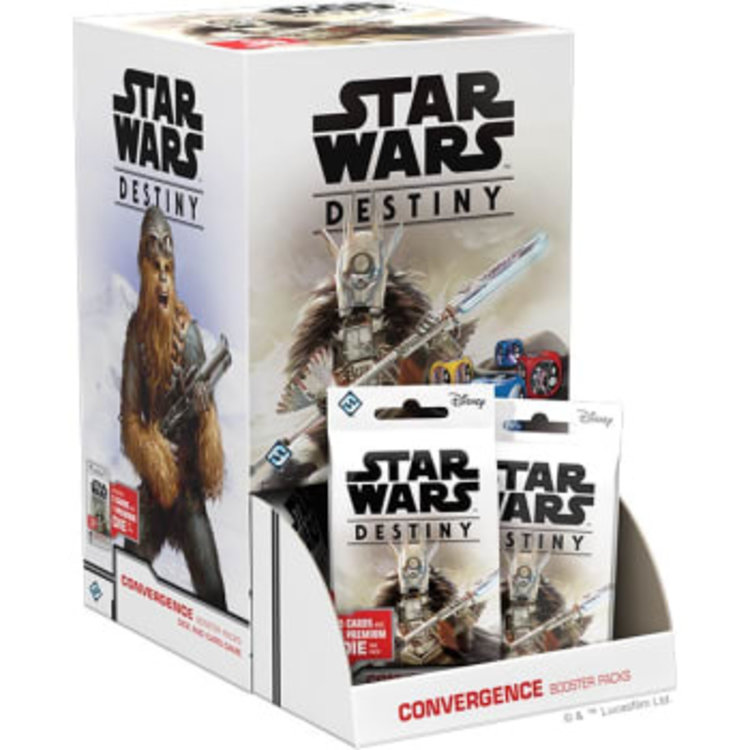 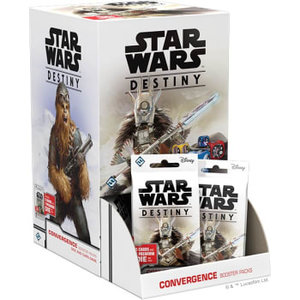 Convergence introduces a variety of new mechanics into Star Wars: Destiny, including the ability to hinder your opponent's characters with potent downgrades. Place a bounty on your enemies, lock onto them with a fleet of vehicles, or attack them mentally with potent Force abilities!

Convergence also features new versions of some of the most prolific characters in the Star Wars galaxy, including Emperor Palpatine, Jabba the Hutt, Captain Phasma, and more!