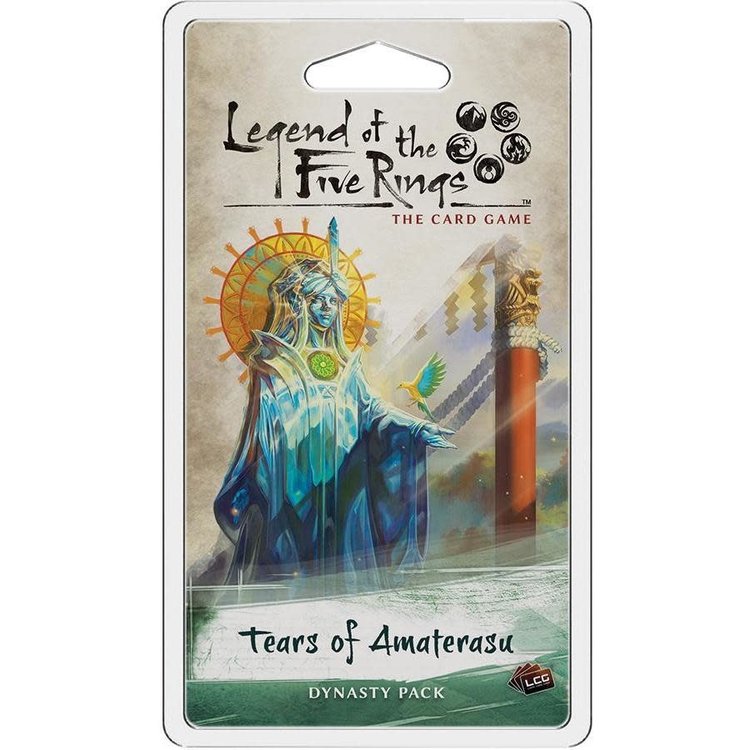 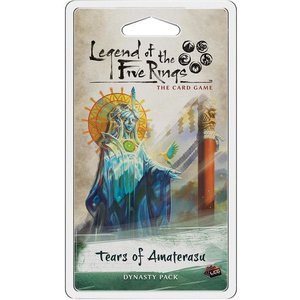 Legend of the Five Rings: Tears of Amaterasu Dynasty Pack

Change is coming to the Emerald Empire, as the Great Clans jockey for position in the Emperor`s courts and on the field of battle. From the opium dens in the City of Lies, to the Wall that still stands strong against the Shadowlands, to the High House of Light in the northern mountains, there are stories being told across all Rokugan - and in Legend of the Five Rings: The Card Game, you have the chance to play a role in that story unfolding. The Legend of the Five Rings story continues with The Imperial Cycle, introducing six Dynasty Packs containing new cards for all seven Great Clans, as well as new provinces for any faction to take advantage of.