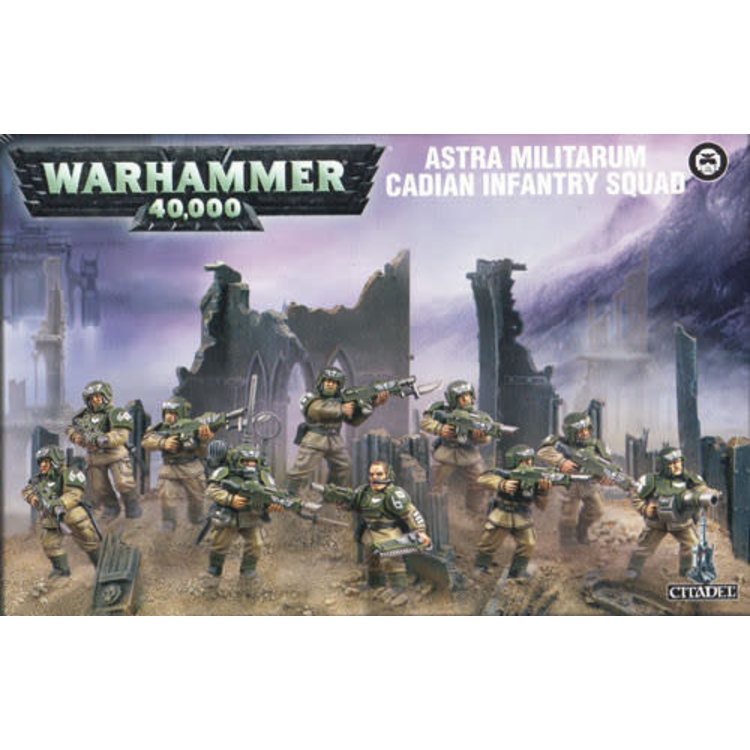 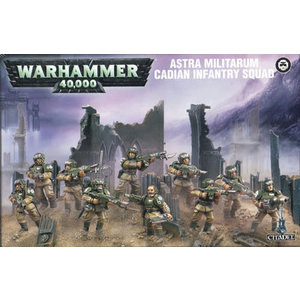 0 reviews - add your review
$34.99
out of stock
This box set contains 10 multi-part plastic Cadian Shock Troops with a multitude of variant body parts and weapons. Miniatures are supplied unpainted. Preparation and assembly may be required.

Imperial Guard platoons are made up of several ten-man squads. In the face of the enemy the serried ranks of the Imperial Guard are trained to stand firm and respond with a steady aim. When sergeants bellow the rank and file obey; backs stiffen and lasguns level with the foe. Opponents charging at Imperial Guard positions must first survive a blazing hail of lasfire, a fusillade that can stem the tide of all but the most determined assault.This box set contains 10 multi-part plastic Cadian Shock Troops, and includes: five leg variants, seven head variants, 10 lasguns, two chainswords, two laspistols, two grenade launchers, two flamers and two Vox-casters. Also included are a host of additional components allowing you to assemble a Sergeant and personalise your squad. Models supplied with 25mm round bases.