We picked a few of our favorite Halloween themed games to provide some fun ideas on getting into the Halloween spirit!

Halloween is always such a fun time of the year.  Some of my strongest memories of being a kid growing up include those Trick – or- Treat adventures (and the often inclement weather that came along with Halloween in the Midwest!) which hopefully always ended with a bag full of goodies to enjoy for days on end.

One way in which to get in to (and help prolong) that Halloween spirit is by taking advantage of all of the great spooky and horror themed board games.  Between the artwork and the mechanics (hidden movement, anyone?), game designers have done a wonderful job of bringing in a lot of fun elements into games that are a great way to spend an evening.

Here are a few we’d encourage you to try out:

For those of you who are big fans of the Adams Family or just generally hate people, this game is for you.  Players take control of a family and attempt to cause as much suffering to its members as possible, before killing them all (and scoring a bunch of points!).  There’s an underlying theme of dark humor, keeping things light hearted as each player attempts to make the others miserable. 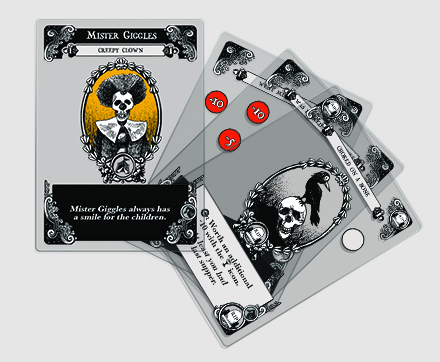 A game based on the “slasher” horror movie genre, players take the role of young campers challenged to survive a long weekend of terror, while one of them takes on the role of a psychopath hiding in the shadows of the forest.  The murderer attempts to remain hidden and kill off each of the campers, while the campers do their best to evade them and plot their survival.

Betrayal at House on the Hill

Players explore a haunted mansion they design as they play, encountering spirits and omens that foretell their fate. Secretly, one of the characters betrays the rest of the party, and the innocent members must work to defeat the traitor before time runs out. Each gameplay is unique and with a 60 minute play time, a great option for casual gatherings.

Werewolf is a classic deduction game where villagers don’t know who the werewolves are and the werewolves try to remain undiscovered while they eliminate the villagers one at a time. This particular version brings in some legacy components to the game, meaning that instead of single standalone games, players and the village itself have attributes that are retained between games and will have an impact on game play as it evolves.  I’m particularly excited to play this, as I think it adds a lot of extra depth to a game that is easily learned and played.

Legend of the Wendigo

Gather round the campfire to hear the troop leader tell the terrifying legend of the Wendigo, a dreadful creature that looks to capture an unsuspecting scout each night!  In the game, which is targeted towards a younger audience, one player plays as the Wendigo’s spirit, which has taken on the appearance of one of the scouts.  Each night it steals another scout and each day, the other players look at the tiles laid out on the table to determine what has changed and where the Wendigo might be lurking.  It’s a very fun game that really challenges the group’s observational skills. 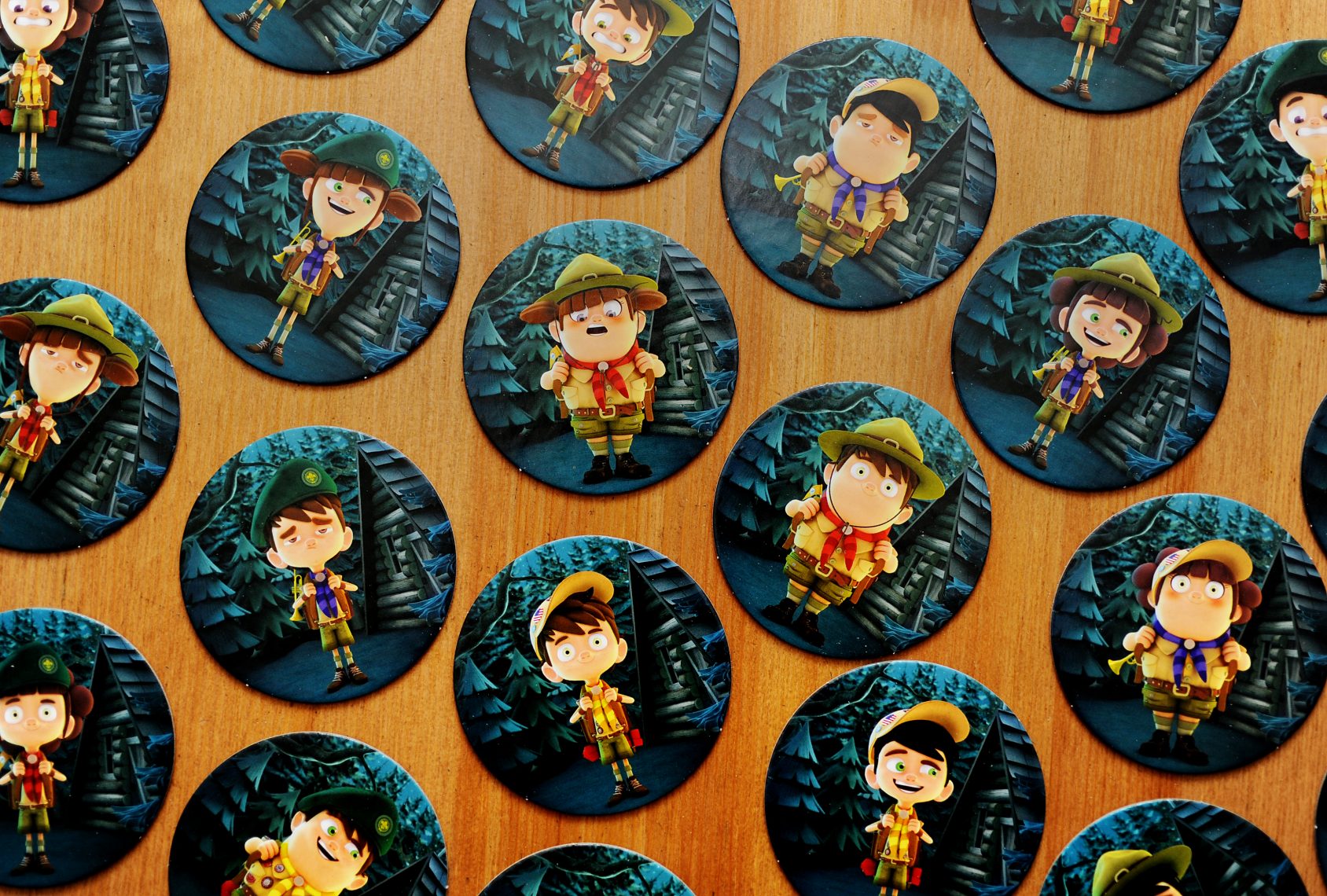 In case you didn’t know it, nyctophobia means “fear of the dark”.  In this cooperative game of survival, up to four players must work together to escape a predator chasing them in a pitch-black forest.  The twist?  All but one of the players wear blackout glasses, which prevents them from seeing the board. Instead, they have to navigate their way to safety through touch.  Two different versions are included in the game that helps to provide some theme variety during replays. 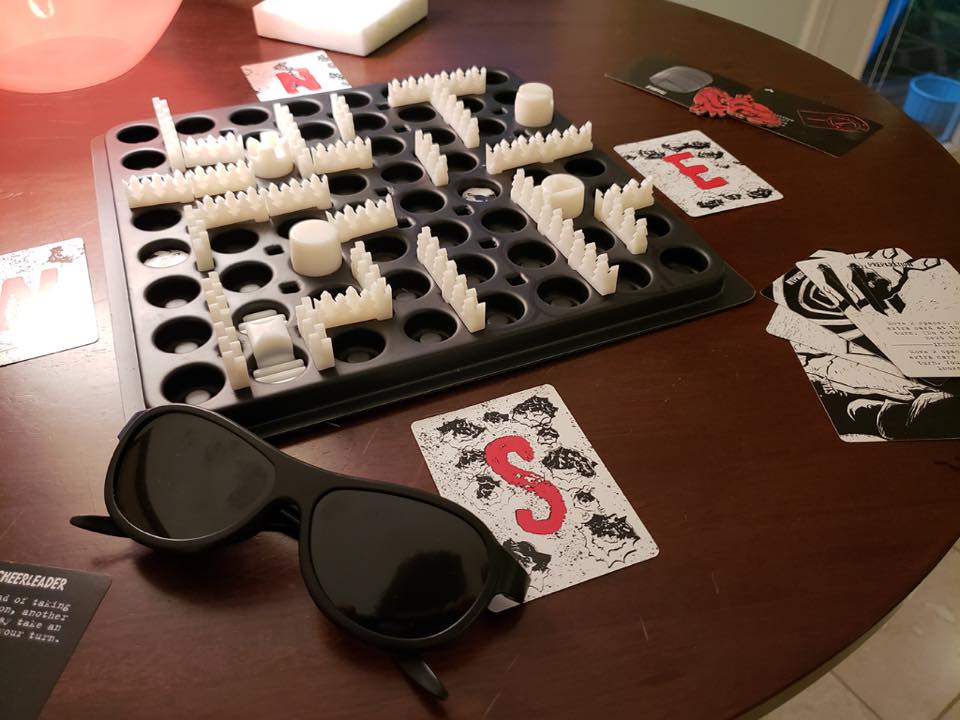 Superfight is a game that is all about arguing with your friends (and family members) about ridiculous fights.  The core game contains characters and powers/weaknesses that are combined and chosen to beat the player sitting next to them – arguing their case for why their combination should win.  The Horror Deck includes 100 new cards inspired by the scariest movies, novels and games. You can use the deck by itself to pit classic monsters against slasher icons, or shuffle the cards in with any other Superfight deck to add a Halloween themed twist to your absurd arguments.

Ever gone to an Escape Room challenge?  If you liked it, this game is for you.  Included in the box are a variety of puzzles modeled after escape rooms.  You are invited to be a guest at a palatial mansion, but upon arrival, you find yourselves forced to take part in a macabre game. The clock is ticking, and there is not much time left to solve the puzzles. Can you escape the mansion before its too late?

A great pattern recognition game wrapped in a “ghostly” theme.  Five wooden items sit on the table waiting to be caught while a card is flipped over, showing pictures of two objects, with one or both objects colored the wrong way.  Everyone attempts to determine if there is a correct match or if one object is completely missing.  The first person to reach out and grab the corresponding object wins that round.

It’s like Clue, but better!  There’s been a killing in the mansion and no one knows who did it, where they did it and with what object they did it with, except for one player.  The problem is, that player is a ghost who is unable to speak, instead communicating with the other players through visions, which are represented in the game by wonderfully illustrated cards.  The players must decipher the images to help the ghost remember how he was murdered. You’ve got seven rounds to work together to solve the mystery….. 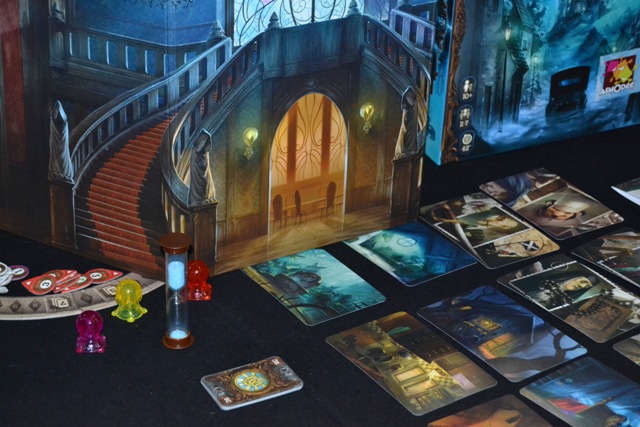 Now that we've shared some of our favorites, what are some of your favorite games to play to get you into the Halloween spirit?