There are board games, and then there are BOARD games. We all know someone who loves to sink their teeth into a rich and rewarding strategy game. Managing resources, making deals, and playing games with so many components that it takes longer to set up and put away than it does to actually play (I'm looking at you, Jake). We have some great ideas for a few deep, thematic games that could appeal to anyone that loves spending time at the gaming table.

For the strategy gamer at heart, Coffee Traders is set during the early 1970s among the rise of small scale coffee farmers who are empowered by the new Fair Trade standards. This is an economic game centered around area control, fulfilling contracts, and managing your action points. Players will compete for control of the coffee cooperatives throughout the world by building plantations and various structures. In addition to that, players will need to keep an eye on the markets, satisfy coffee bean contracts, and serve beans to coffee bars. If you know a gamer that loves complex board games with lots of tough decisions to make, Coffee Traders could make a great gift!

Descent: Legends of the Dark

The realm is in peril. Monsters have invaded Terrinoth, and it is up to you and your fellow players to fight back against the encroaching darkness. Descent: Legends of the Dark is a cooperative, dungeon-crawling board game that will put you in control of up to 6 unique heroes. Powered by an integrated app, the game itself assumes the role of the dungeon master, laying out quests, tracking your progress, and even handling much of the bookkeeping for your budding adventuring party. You’ll be embarking on a series of thematic missions into dungeons, enchanted forests, and haunted castles. Players will battle monsters, bandits, and demons who seek to destroy all of Terrinoth. When you are ready to fight, combat is handled via a unique dice and fatigue system helping to ensure that every turn has meaningful choices for the heroes. Descent: Legends of the Dark is also a highly narrative game, letting you not only take part in the story, but also letting you forge your own legend. 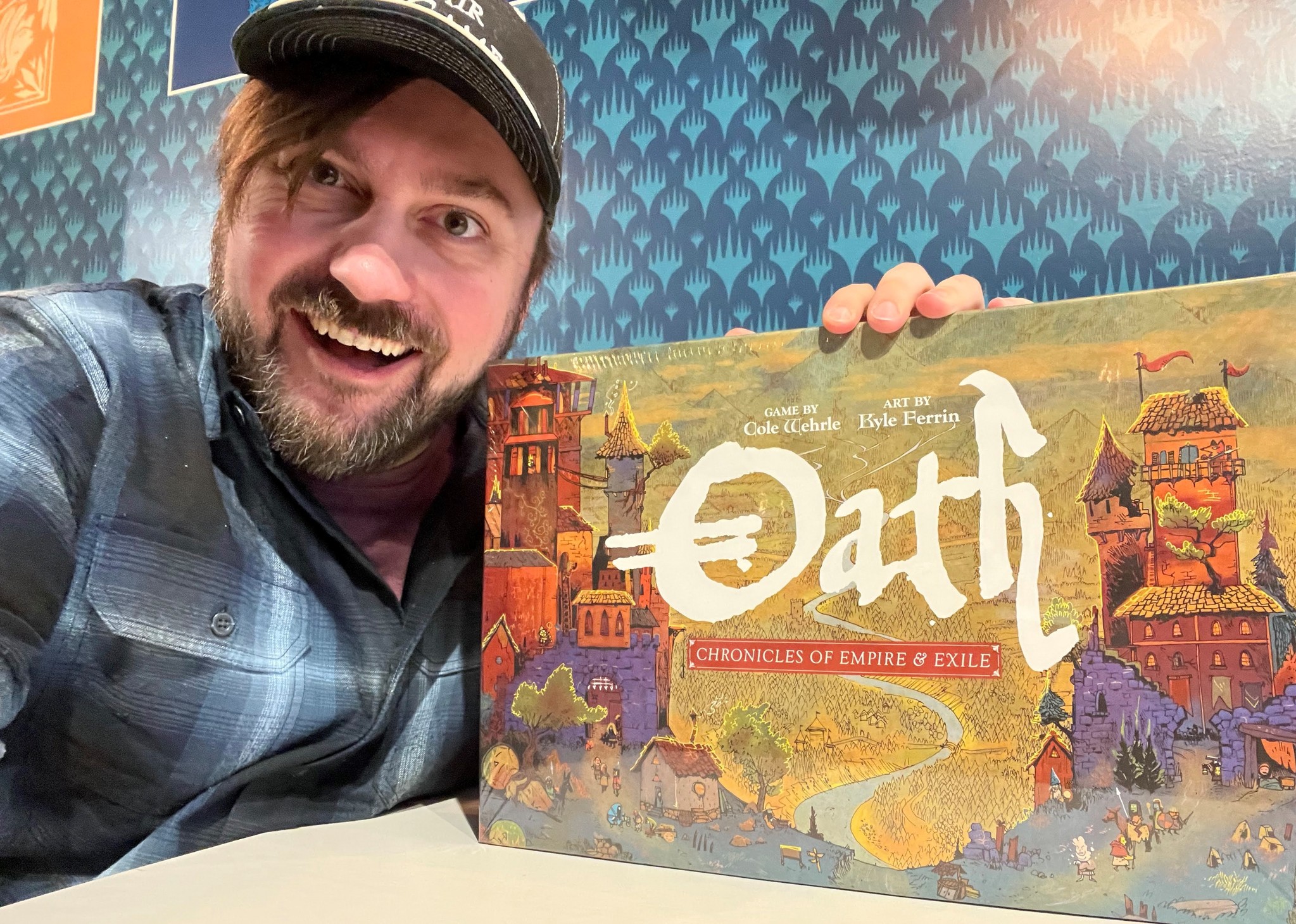 Oath: Chronicles of Empire and Exile

Oath: Chronicles of Empire and Exile is an asymmetrical strategy game for 1–6 players that will have you guiding the course of history in an ancient land. Each player in Oath will take on one of three roles: the Chancellor who currently rules over the land, a Citizen plotting to become the chancellor’s successor, or an Exile who wants to claim the throne for themselves. One of the unique things about Oath is that the consequences from one game can carry over into the next. This might change the resources that will be available or even the actions that players can take. You don't need the same people to play every time, however; you can play with one set of players, then play a solo game, and follow that up with an entirely new groups. Oath: Chronicles of Empire is one of the more unique games released this year and is already adored by fans of games with area control and lots of conflict.

If you are not sure which one of these games is the best fit for your friend or loved one, give us a call or send us a message. We are real-life experts and we are here as a resource for you to help you make your holidays as wonderful as possible.