What is Dungeons and Dragons?

D&D is a tabletop role playing game. You and your friends gather around a table (or perhaps play over a video call!) to tell fantastic stories of adventure together. The game has a lot of history - early versions date back to the 70s - but the 5th edition of the game is its current and most popular iteration.

At its heart, the whole group is working together to tell a collaborative story in a Tolkien-inspired fantasy world. One person at the table is the Dungeon Master, who serves as the story’s narrator and controls the villains and minor characters. Each other player controls one of the main characters of the story. The main characters band together to form a party of adventurers, and they work together to overcome the challenges presented by the DM. The game is often played using “theater of the mind,” which is to say that your group will discuss how to best solve the problems and verbally narrate their characters’ actions. No board or pieces required! 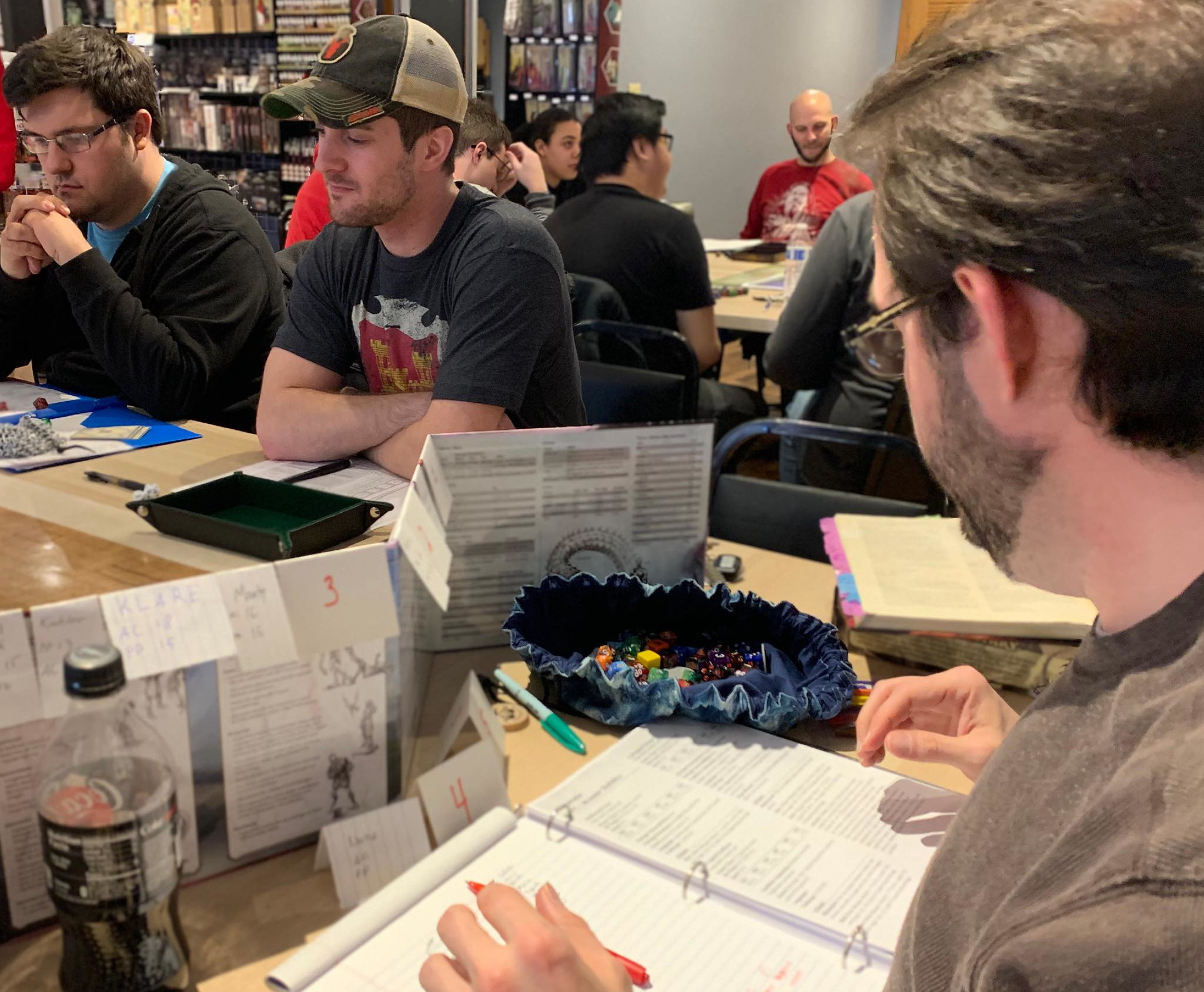 An image of our Adventurers League program back when we were playing in store. We look forward to being able to host D&D tables in our store again soon! To hear about Fair Game's in-store and online D&D programs, join our mailing list.

Where Do I Start?

Newcomers to role playing games should start with the aptly-named D&D Starter Set. It comes with the basic rules, five ready-to-play characters, and an adventure to play through that is designed with first-time DMs in mind. This adventure, "The Lost Mine of Phandelver," is, in our opinion, one of the best D&D adventures ever published. It also includes a set of polyhedral dice - just grab a pencil and you’re ready to play!

Another good option for starting out is the D&D Essentials Kit. Designed to continue the experience of the Starter Set, the Essentials kits contains another official published adventure and teaches you the basics of creating characters.

If you are ready to dive in and you would like to have all of the rules for the game, the first book for any D&D player to purchase is the Player’s Handbook. In addition to the rules for playing the game, it comes with all of the character creation rules, allowing you to start your narrative with the exact character you’d like to play. From the Noble Human Sorcerer, to the Outlander Dwarven Barbarian, to the Urchin Halfling Rogue, there are countless combinations of mechanics, abilities, equipment, and spells that you can use to craft your hero. Oh, and don’t forget to pick up your set of dice! 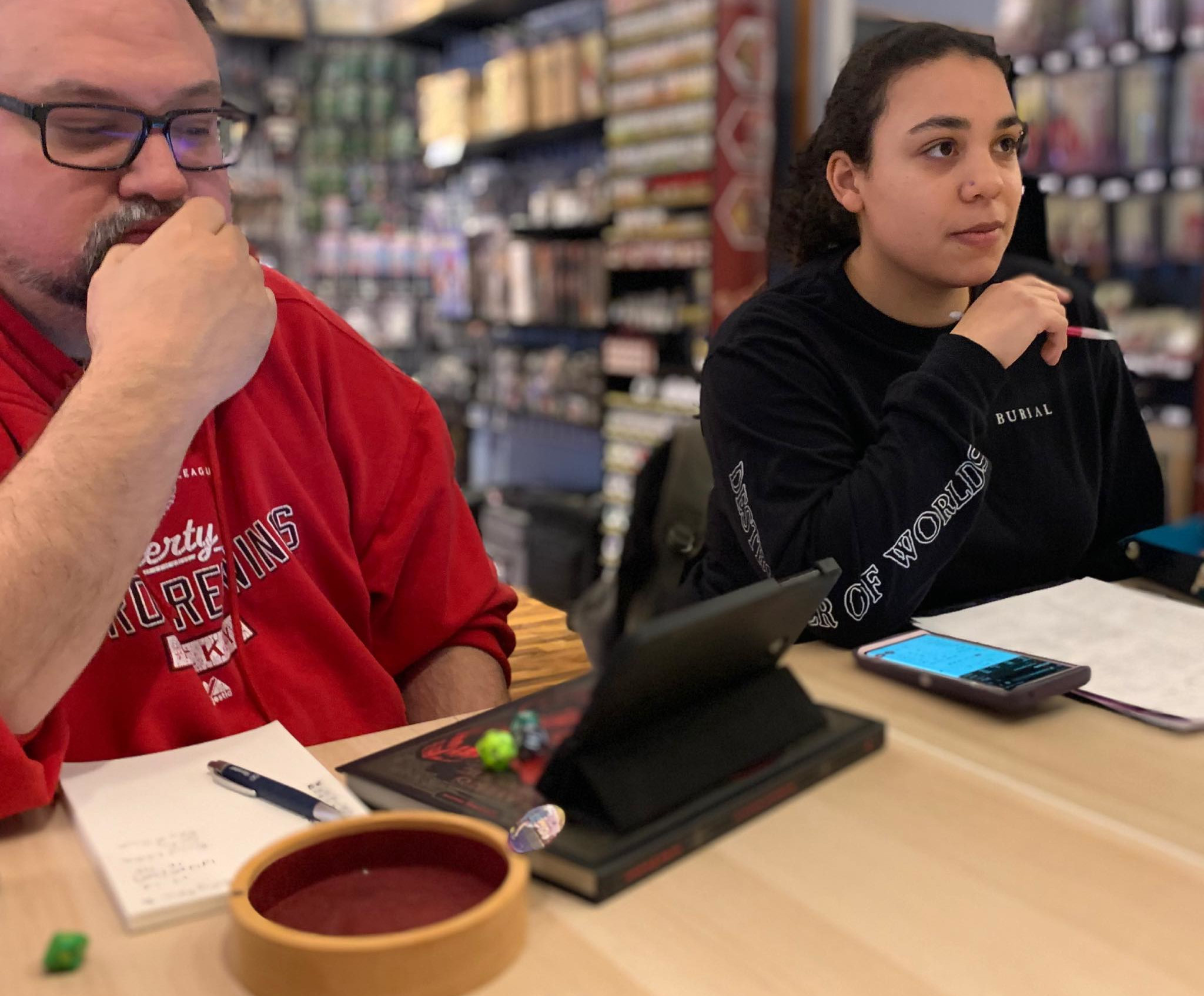 What you get next depends on if you are primarily playing a character in your D&D game or if you are the Dungeon Master.

For those primarily playing characters, the next best purchase is Xanathar’s Guide to Everything. This massively popular book presents ideas for your character’s backstory and personality and additional mechanics to choose from when creating your D&D character. It also includes exciting new spells and equipment. There is even material for DMs in here, like rules for exploration and balancing combat encounters.

If you’re a Dungeon Master, you will need the Monster Manual. It includes the rules for all of your potential henchmen, monstrosities, and villains, as well as lore and information to make those creatures come to life. After purchasing the Monster Manual, the Dungeon Master’s Guide is a good next step to learn more about running games, awarding magical items and other treasure, and implementing traps and other hazards.

After that, you're all set to craft your own adventures at the table. We also recommend running an official published adventure, especially for first-time Dungeon Masters curious on how the game functions. There are several great stories to choose from. I would recommend Candlekeep Mysteries, Tales from the Yawning Portal, or Ghosts of Saltmarsh to start your search.

So there you have it - all you need to get started in the grand adventure of D&D. Be it inspiring tales of stalwart heroes, roguish swashbucklers, or conflicted mages, your stories are just beginning. Go out and create memories with your friends that will last a lifetime! 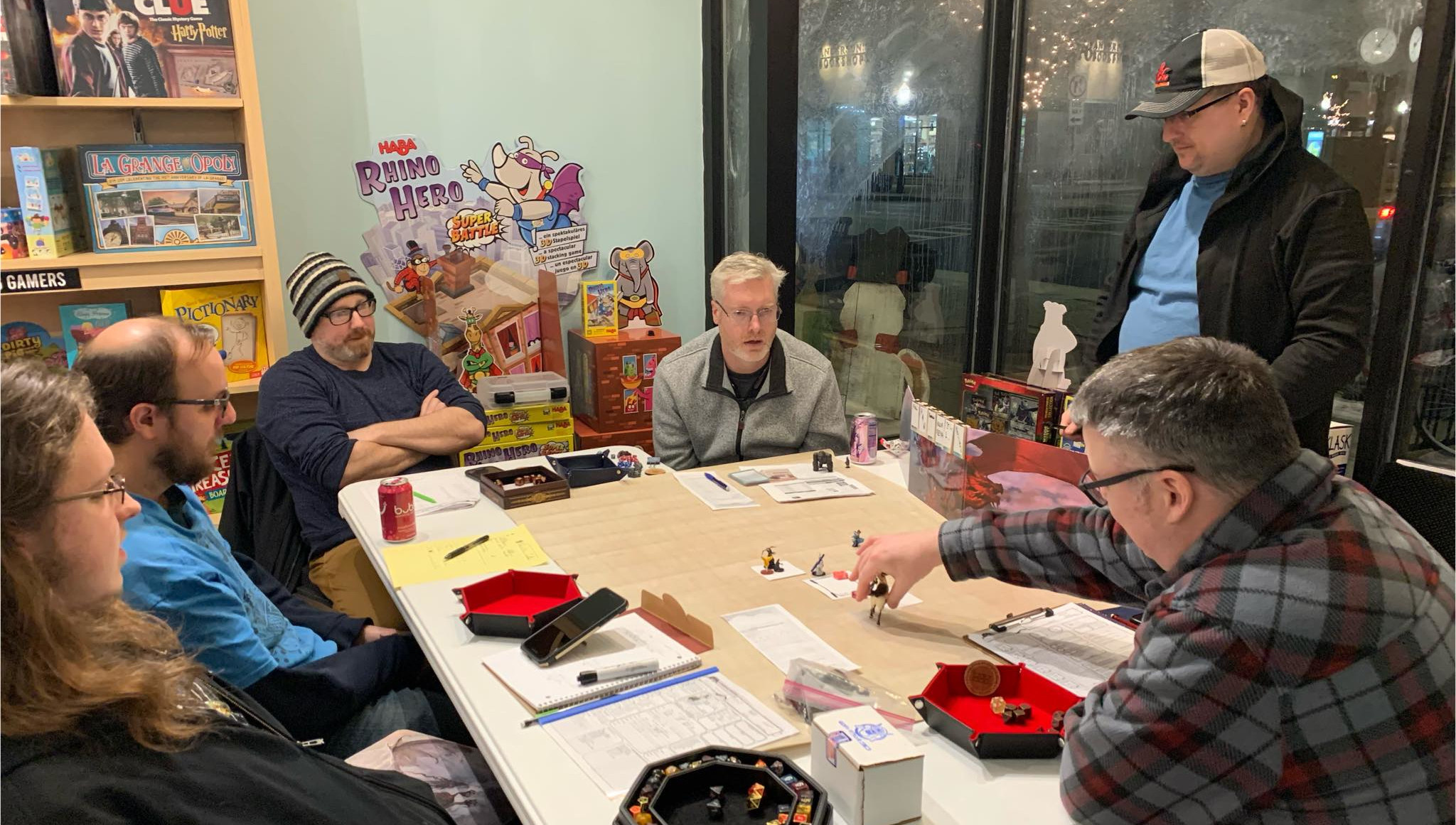