I first started painting miniatures with my dad when we got the Warhammer Fantasy boxed set in 1998. I was allowed full creative license with my lizard people warriors as I learned the basics of assembling and painting models. Sure, they didn’t end up being very pretty, but I was still proud of my miniatures.

I’ve continued the hobby as an adult, and that feeling of pride is the most important aspect of my process. And while I was content with my painting ability over the past few years, I was a little disappointed I couldn’t improve.  I had trouble managing the details of the miniatures, despite watching hours of YouTube painters shelling out tips. I couldn’t highlight raised areas without getting paint everywhere; their faces were too small; the armor and clothing textures were too hard to manage. I had hit a ceiling on my skills. 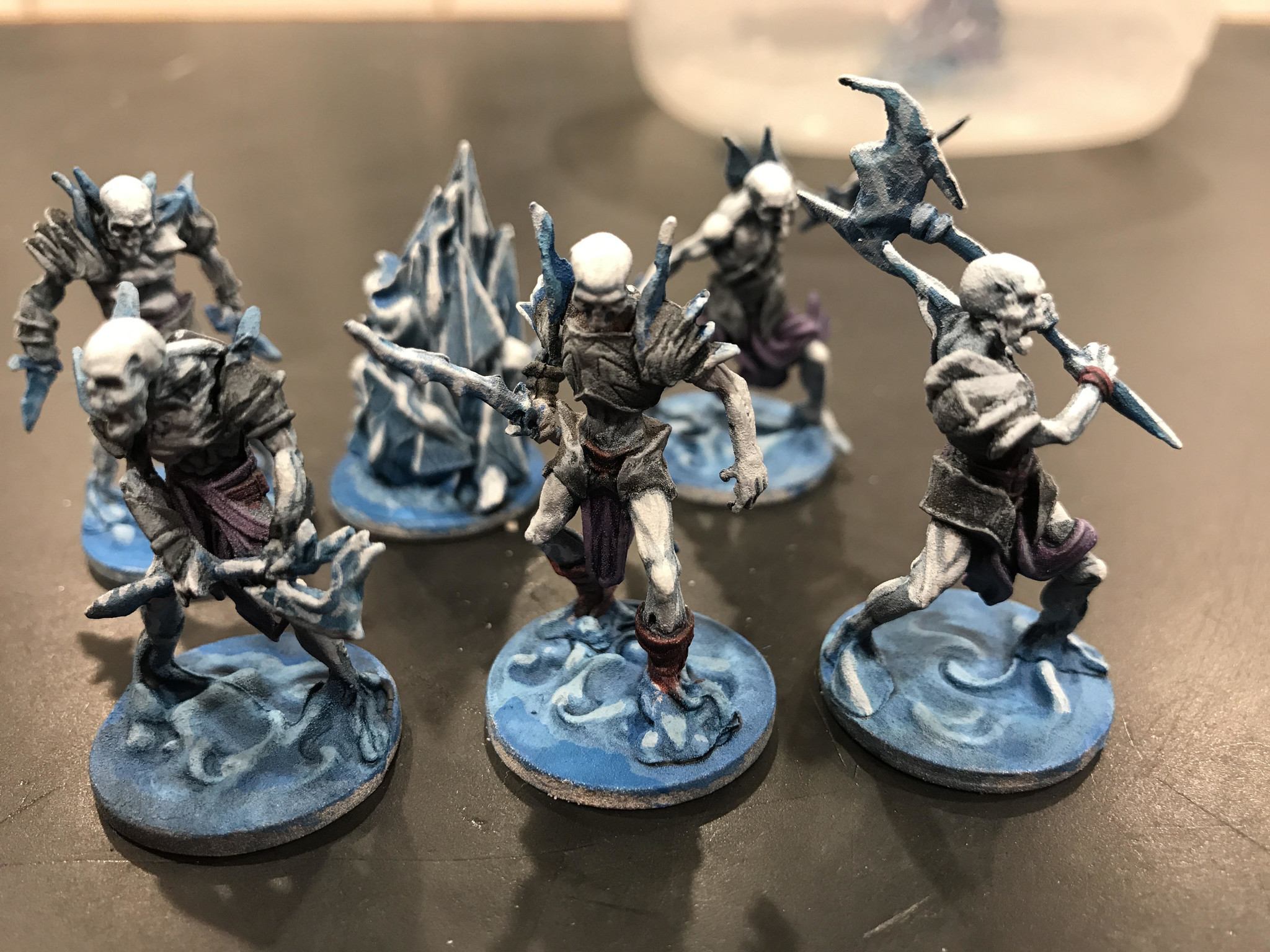 In the summer of 2020, I took the plunge on a miniatures game I’d had my eyes on since its release: Godtear. Godtear pits groups of warriors against each other as they fight over magical places of power in an edgy fantasy setting. The groups of warriors each consist of a handful of followers led by an oversized “champion” who is able to harness these places of power and thus grow to superhuman size. The followers are comparable in size to other common miniatures, like the D&D lines, but the champions stand almost three times as tall! They are clearly designed as the centerpiece of the unit and have plenty of detail.

Painting the Godtear champions was an eye-opening experience. They were large enough that I built up the confidence to attempt highlighting raised areas and facial details. And I was successful! My eyes and pupils turned out clear and focused. I tried multiple lighter shades on the ripples of the cloaks. I even finished with pure white on the edges of armor - something I never would have done before out of fear of too much contrast. This kind of detail work was possible because the scale of the model was so big. The surfaces were large enough to give me a buffer for mistakes (which I have now donned the “flub zone”). The feeling of tremendous progress instilled me with pride. Painting Godtear champions was outright fun. 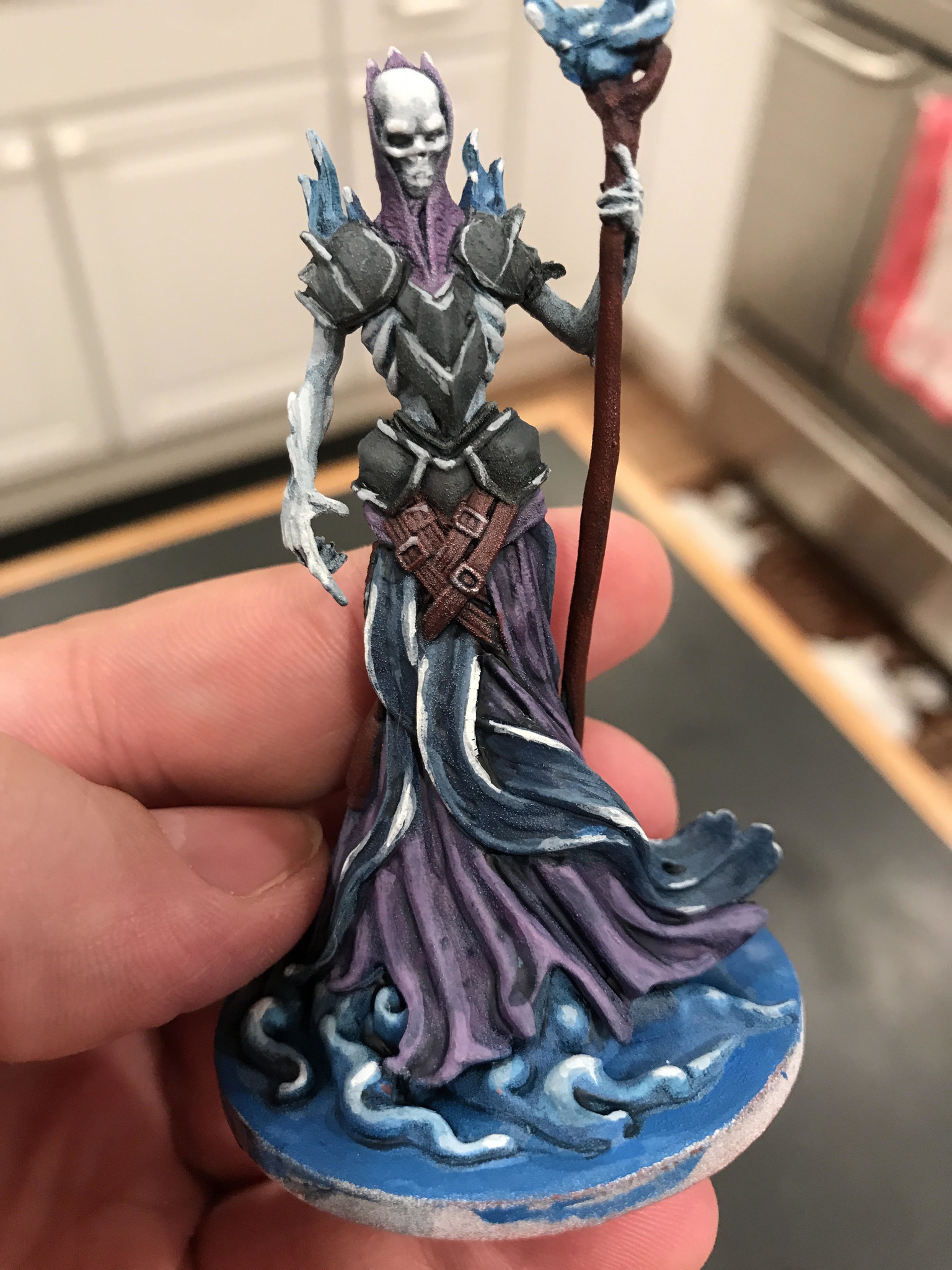 So what did I do after I finished painting the jumbo Dwarf? His stout followers, of course! And since I’d had success with some new techniques on a large model, why not attempt the same techniques on the small one? Now that I had a little practice, the brushwork was a little bit easier. Sure enough, the smaller follower models turned out great, and I was hit with another wave of pride and excitement.

Painting the large champion model helped me overcome the mental hurdle of detail work. It gave me the confidence to attempt new things, which grew into practicing those techniques. I was instilled with an overwhelming sense of “I can do it, and it won’t look like trash.” I didn’t even realize it, but it turns out that was exactly what I needed to grow as a painter.