If you enjoy the logical deduction or intrigue of the classic board game Clue, we’ve got 2 outstanding games you’re sure to love.

Clue is an all-time classic. It's got mystery. It's got intrigue. It's got a very fancy house. And it has players flex their deduction muscles as they try to determine the culprit, location, and weapon of a crime using process of elimination. If any of those appeal to you, there are a couple of more modern releases we think you'll absolutely love!

The Search for Planet X

Based on odd gravitational patterns and mathematical evidence, astronomers believe there is a large, undiscovered planet rotating our sun. This "Planet X" would be about as big as Neptune and orbits far beyond Pluto.

And that is not fiction created for this game. This is a real theory published by Caltech, and serves as the inspiration for this logical deduction board game.

In The Search for Planet X, players are astronomers observing activity in the night sky and using it to discern where this mysterious planet could be. Using deductive reasoning, players mark off incorrect answers on a note sheet and piece together a theory. 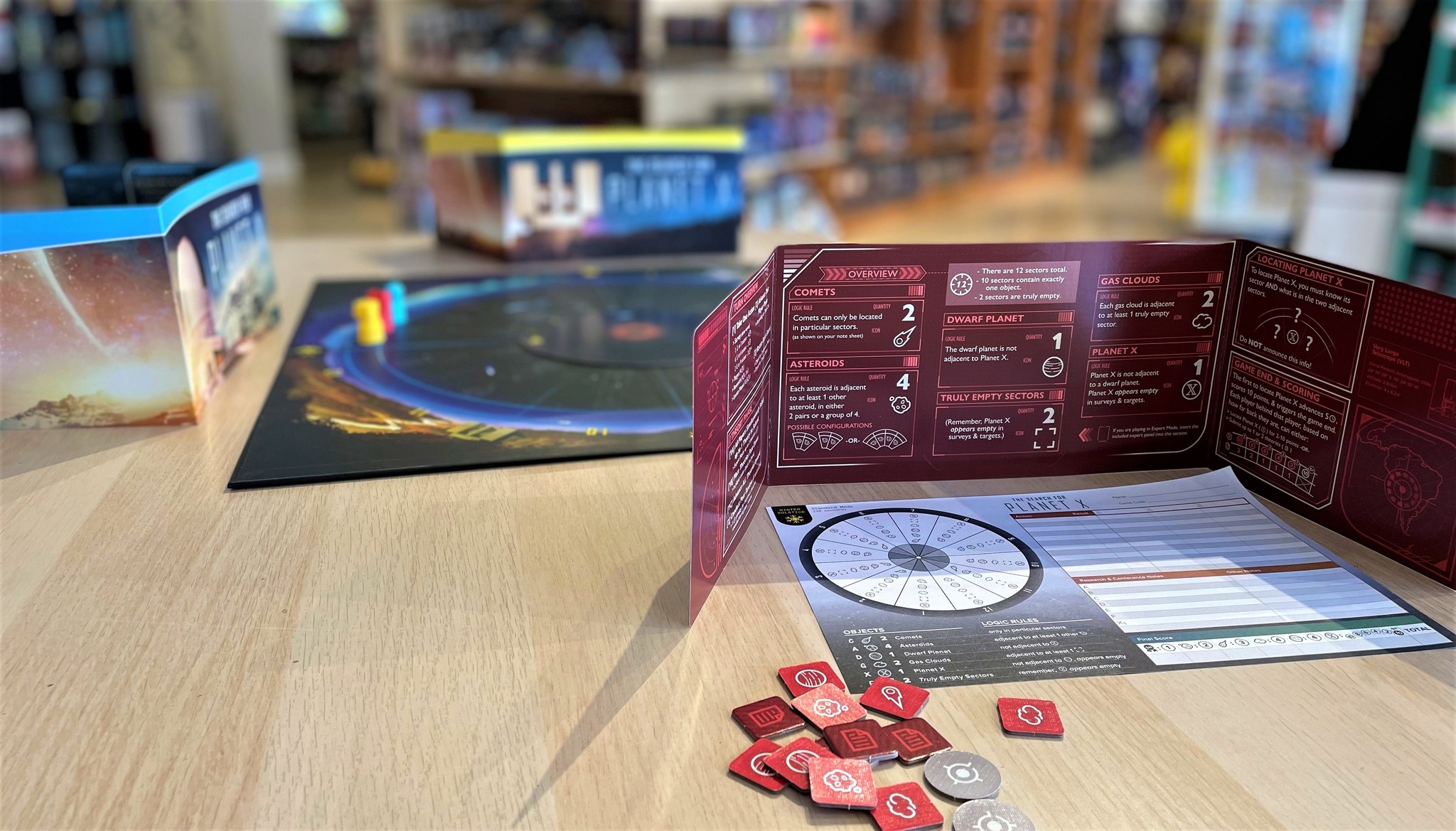 One of the most impressive parts of Planet X is its outstanding implementation of a free mobile app. In Clue, you slide cards into a sleeve during game setup to create the correct answer. A player who has a theory will check it against the cards in that sleeve, and if they are correct, they win! But if they are not correct, they can no longer play because they now know the correct answer. The Planet X app is effectively that sleeve of cards, but now players can test their theories without learning the correct answer; the app will simply say if you are right or wrong.

Mysterium has a lot in common with Clue thematically: there has been a murder, and players must discover who committed the crime, where, and with what weapon. The difference? This is no ordinary murder investigation. This is a seance, and players are communing with the spirit of the victim to solve the crime. And one more thing: one of the players is playing as the ghost, and can only communicate in visions!

Mysterium is a cooperative game, where players have a limited number of rounds to discern the correct information. One player is the spirit who knows the correct suspect, weapon, and location of the crime, and they have a selection of beautifully illustrated cards that they can hand out to other players as clues. All other players are participants in the seance, opening their mind to the visions from the spirit and attempting to divine the answers. 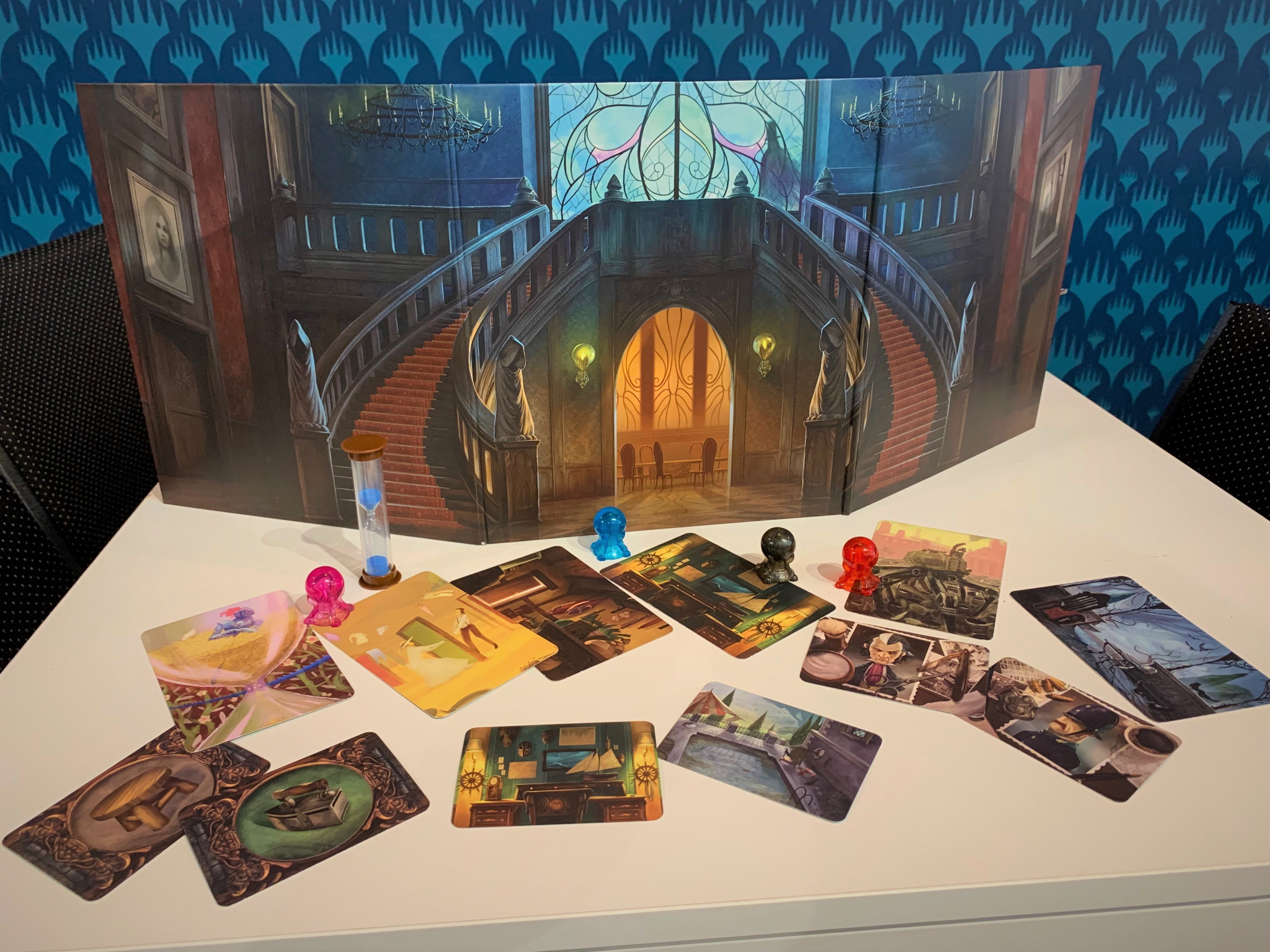 There is a limited number of rounds before the players run out of time, as the spirit is whisked away and the seance comes to a close. If players discern the correct answers by the end of the seance, everyone wins!

Communication through the illustrated cards is fascinating and challenging. If you've been handed an image of scissors, does that mean the barber did it? Or did the crime take place in the sewing room? Or, is there simply a lot of red on the illustration, and that means you're supposed to choose the card with a lot of red on it?

Mysterium is for 2-5 players ages 10 and older and takes about 90 minutes to play.