If you've ever had an urge to lie to your friends about turning into a fish-person, Unfathomable is the board game for you.

Hey, are you feeling alright?

If you've ever had an urge to lie to your friends about turning into a fish-person, Unfathomable is the game for you.

Set on a 1913 Steamship, Unfathomable is a social strategy board game where players try to survive a sea monster attack long enough to get back to shore. The catch is that some players are secretly turning into some sort of monstrous hybrid who feels compelled to worship the gods of the deep. The way you win changes based on that alignment, so players must keep a wary eye out for treachery amongst their fellows. Easier said than done, as the steamship is actively being overrun by Deep Ones and torn apart by Father Dagon and Mother Hydra. 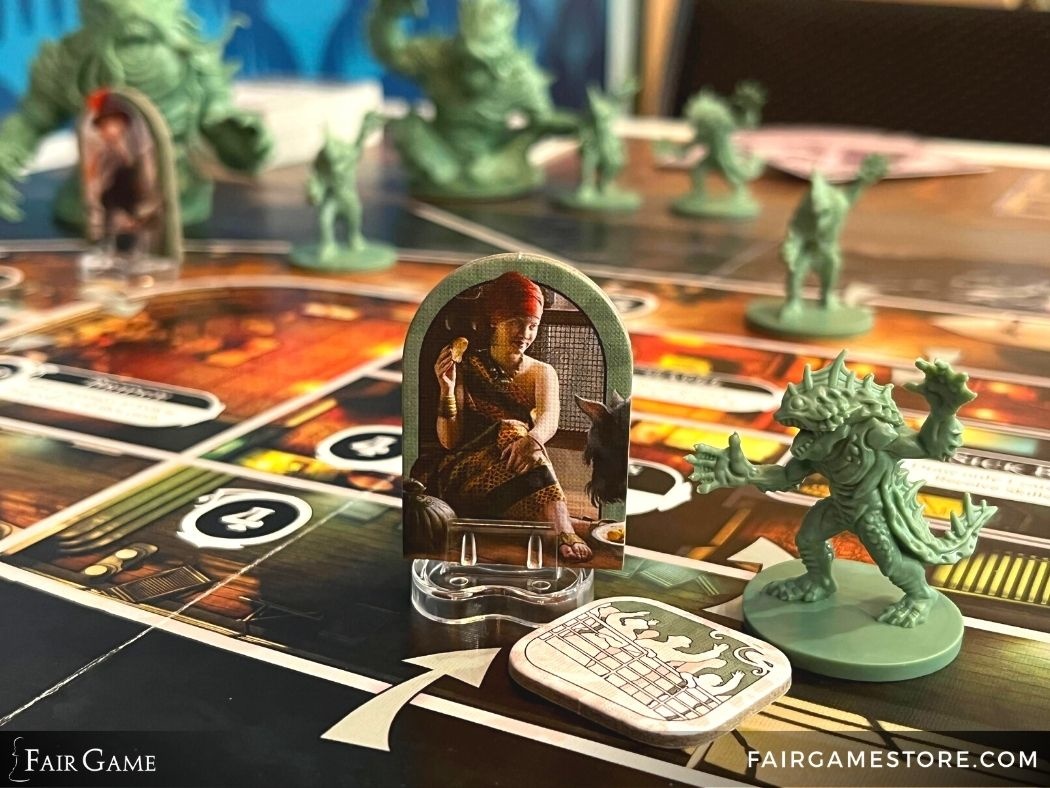 Unfathomable re-implements the well-regarded Battlestar Galactica board game, also published by FFG in 2008. Known as one of the prominent titles in the semi-cooperative genre, Battlestar Galactica offered a lot of mechanics and allowed several opportunities for traitors (Cylons in that game) to undermine or otherwise be uncooperative when trying to keep threats under control.

Unfathomable takes that game, polishes it up to a shine, and reskins it with a very compelling Lovecraftian theme. As is typically for a Fantasy Flight game, the components and graphic design are top-notch. They have taken care to provide an inclusive cast of characters that each have their own thematic and mechanical identity; each character has their own abilities and feels very different to play. 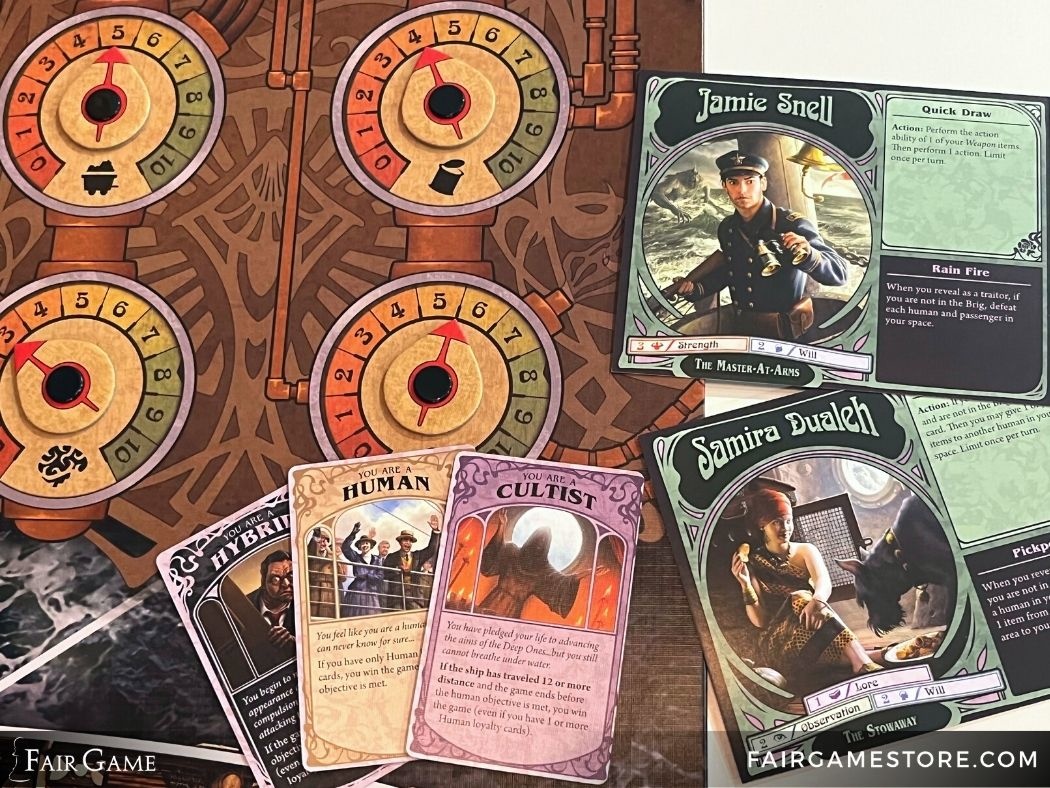 Like a lot of semi-cooperative games, Unfathomable has several mechanisms where players have to do something to prevent the group from losing. This is important because traitors need opportunities to sabotage the group's efforts without giving away their allegiances. Some semi-cooperative games, like Nemesis, have a dozen different threats to the group with a dozen different sets of rules, which can feel overwhelming to learn. Unfathomable has a few of these too, but the main event is the crisis card that is drawn every round. Players must contribute cards face-down to this crisis, and the group mitigates the crisis if sufficient helpful cards have been added. Resolving these cards is always suspicion-inducing because it is very easy to not have the right kinds of cards to help. Which means it is very easy to lie about having the right cards. Having one central mechanism throughout the game means there's ample opportunity to sabotage the group without having to learn a multitude of mini-games. 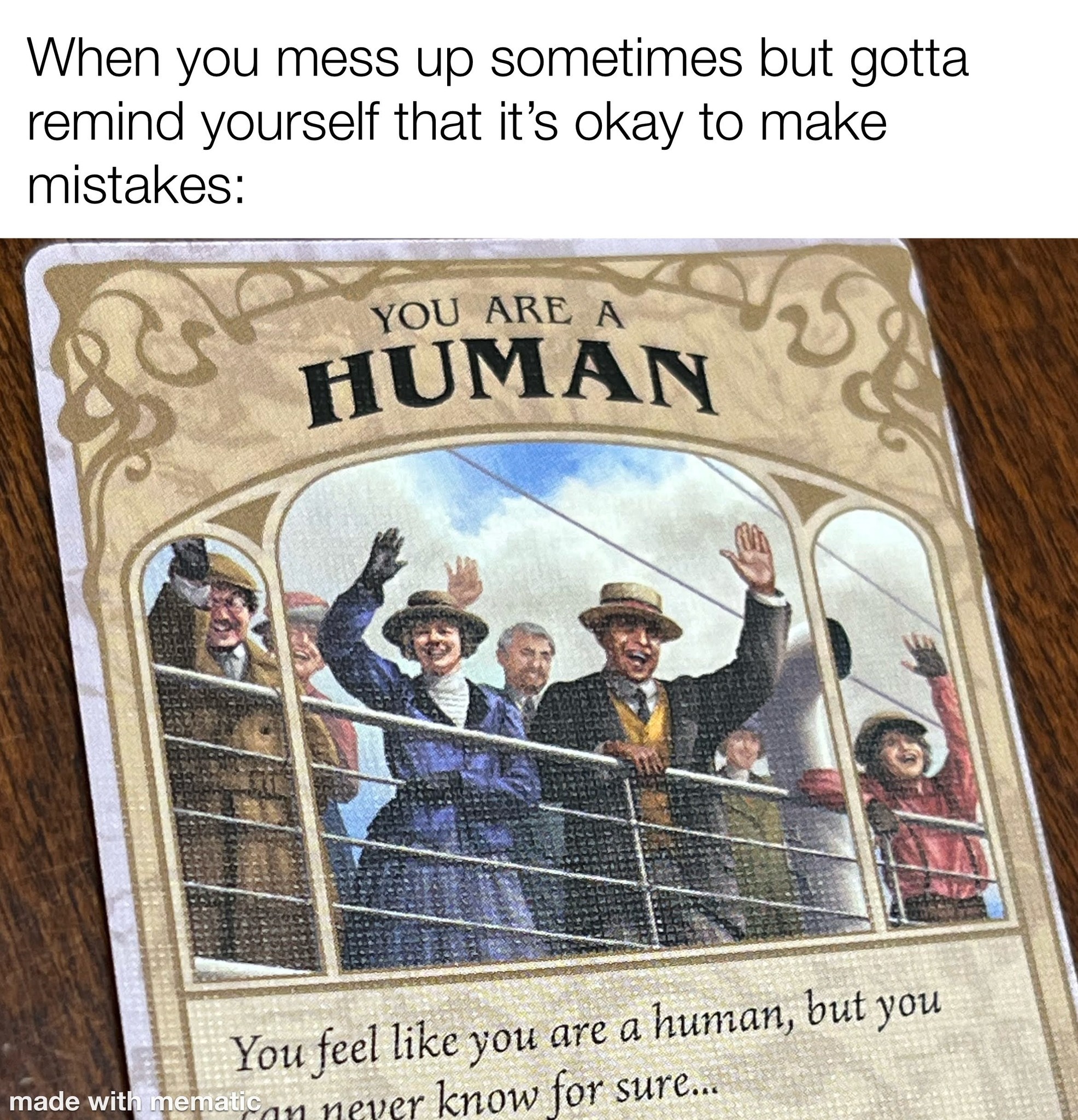 There are a handful of other spicy things going on in the game to keep it interesting. Players must save other passengers from the Deep Ones, repair parts of the ship, and manage several group resources. There's also a ritual being performed by some passengers on the ship - a powerful Banishment spell that, when cast, annihilates humans and hybrids alike on the deck of the ship. Having that ritual go off at just the right time can be very impactful for one side or the other.

If you like bigger board games and want a dynamic, social experience, we can't recommend Unfathomable enough. Unfathomable is for 3-6 teenagers and adults (best at 5-6) and takes an entire evening.