Some of our most popular board games present a gorgeous puzzle to players with incredible artwork and satisfying strategy.

Many board games pit players in direct opposition to each other, duking it out over areas on a map or playing cards to disrupt others' actions. Player interaction is important in a game, but it can also be frustrating to have someone gum up your plans after having poured a lot of resources (and brain power!) into making those plans.

There's a subcategory of resource management board games where players will accrue victory points through completing goals the game sets out while not directly sabotaging their opponents. These games often have a pool of shared resources in the center of the table that players collect. This means that other players' actions will indirectly affect you by changing up what your options are, but they will never actively prevent you from doing what you'd like to do. These games usually present a kind of puzzle that players have to solve, simultaneously offering multiple paths to earning points and rewarding you for satisfying efficiency.

We're calling this sub-genre of games "Peaceful Puzzles". Here's some of our favorite examples that you're sure to love. 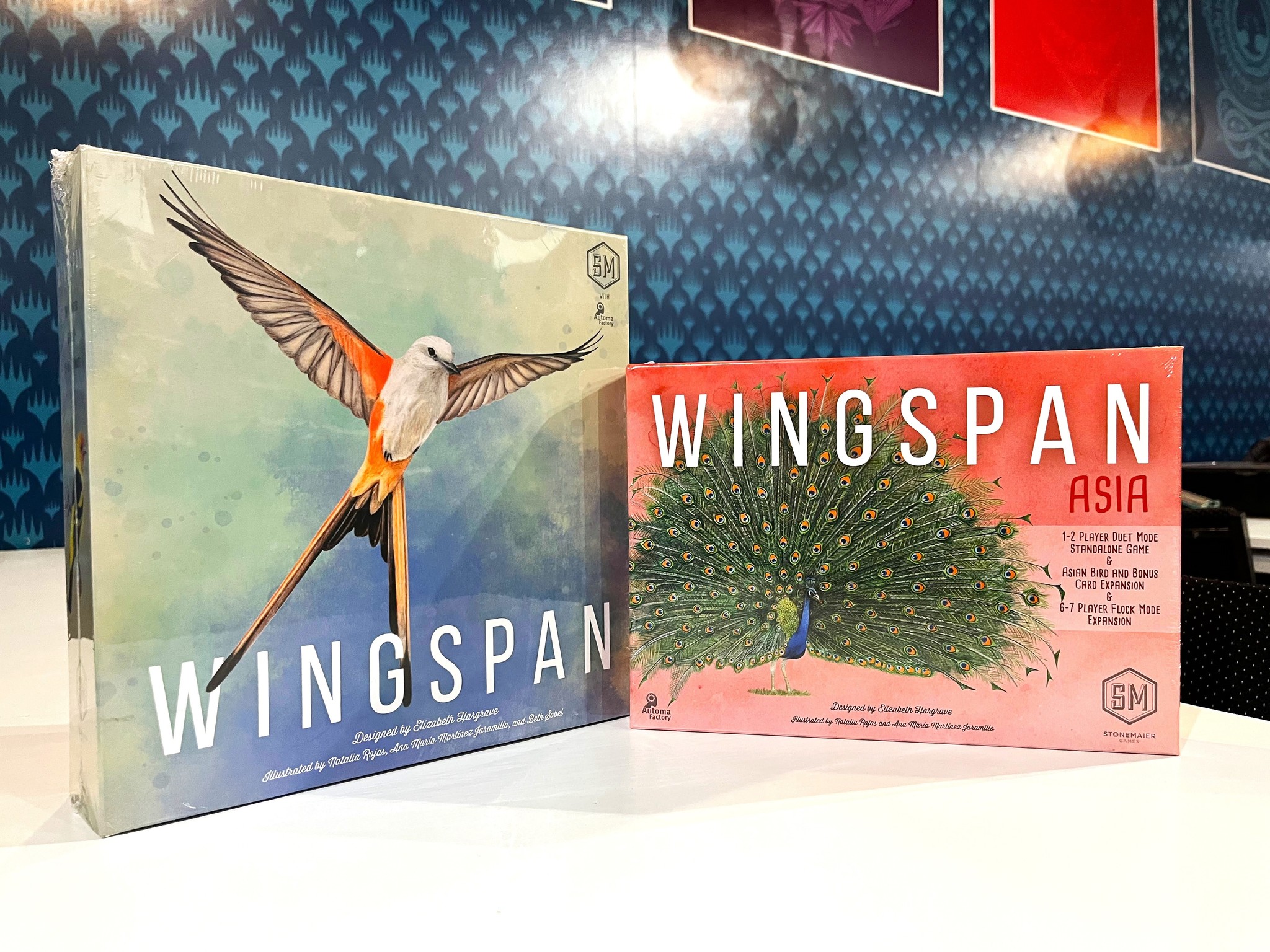 Chances are you’ve heard of this bird-themed game before. With millions of copies in print already, Wingspan is a Fair Game community favorite - and possibly the bestselling strategy game of the past 5 years. Offering a combination of stunning artwork and satisfying gameplay, the board game industry has broken into unlikely places with this true Modern Classic.

Wingspan is what we call an "engine builder", meaning you combine many small parts throughout the game to build up a machine of productivity by the game's end. Players will use basic actions on their turn to add birds to their own personal aviary. These actions are affiliated with habitats within your aviary, and the actions do more as you add birds to that habitat. For example, you'll draw one card if you have no birds in your pond, but after adding a few water fowl, you'll be drawing two or three cards instead. On top of that, the birds in that habitat might give you additional benefits, compounding the productivity achieved during your turn.

This puzzle rewards you for focusing on one habitat, but you'll need to take all the different actions available throughout the game. Which birds to add, to which habitat, and when all factor into these decisions, leading to a lot of choices for a fairly simple mechanic.The ample selection of birds in this game (not to mention the additional birds added through expansions) ensures no two plays of this game are the same.

Speaking of, the latest expansion offers a new element: Wingspan Asia is a standalone game for up to 2 players as well as an expansion to the base game. This means you can try out this acclaimed board game with your partner or roommate before taking the plunge on the more expensive base game, and if you love it, you can get the base game and already have an expansion for it!

Continuing the nature theme is Meadow. Instead of collecting birds, you’re taking a walk outside to enjoy all that nature has to offer. On a player’s turn, they’ll be drafting a card and playing one from their hand to their play area, representing a sight they saw while out for a hike.That's pretty much it; if you're interested in simple games that are beautiful, Meadow is a great game.

The essence of Meadow is about chaining symbols throughout your tableau. Cards will both provide symbols (and points) and require those symbols to be played on future cards. You’ll need to carefully plan which cards you play to be sure you can access the higher point cards later in the game. While Wingspan throws blocks of text and symbols at you, Meadow prefers to dazzle you with its look. The beautiful artwork is front and center here, with the symbols regulated to the side. If you are someone that loves all things Nature, Meadow fits the bill. 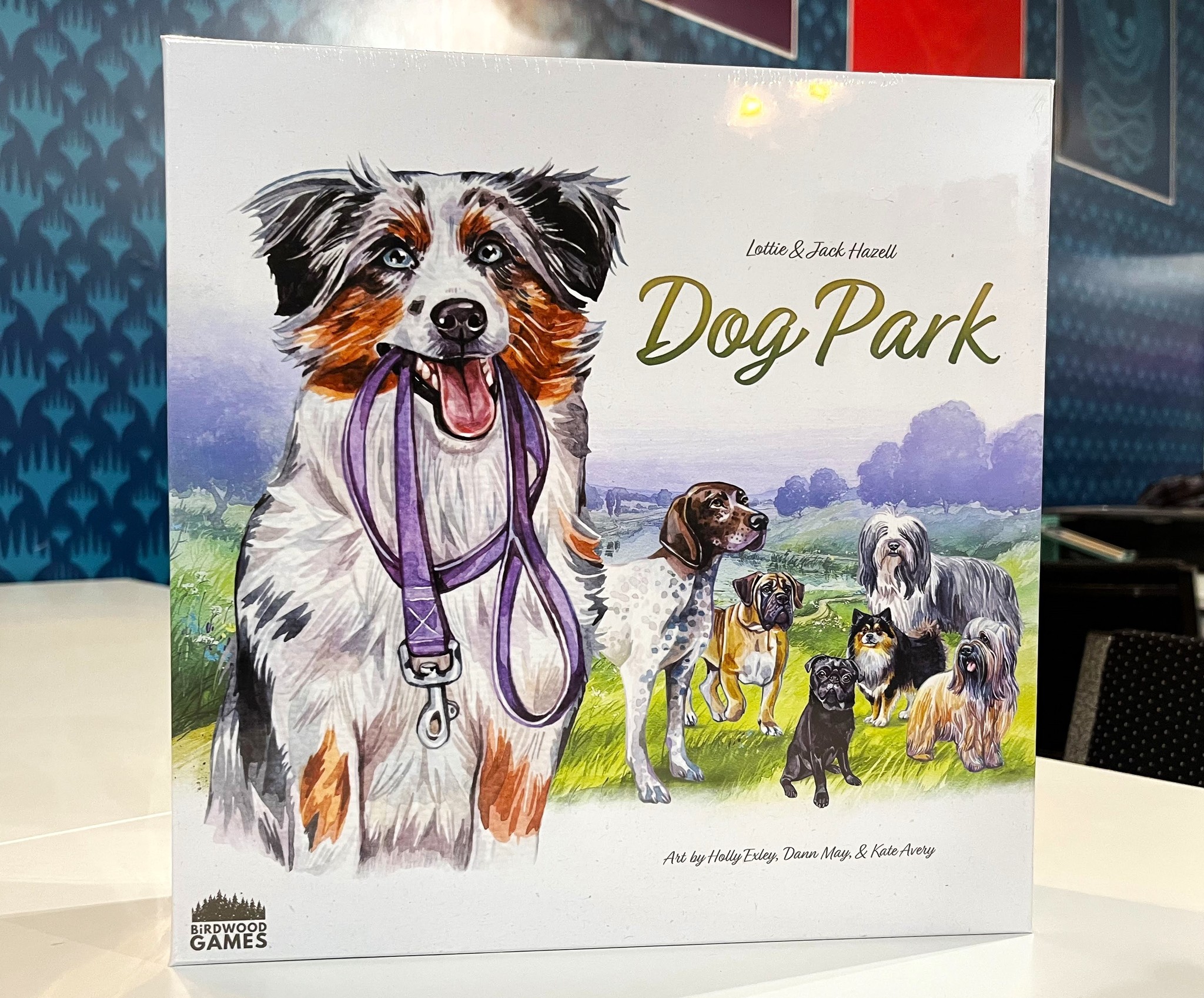 The game that has been all the rage this season is Dog Park. Here, players aim to become the most reputable dog walking business. Each round, you’ll bid your Reputation (victory points) to collect the dogs of your choice. After that, you’ll have to choose which of your dogs to walk, and which have to stay home. Walking has you collect resources from spaces you end your movement on (feeling similar to Parks or even Trekking the World). Go slowly to collect more resources, but you may be penalized if you go too slow. Striking that perfect balance of resource collection and speed is essential. Players will also have to make sure their dogs needs are taken care of and walked, so there's a balance of running the business as well as the walking speed. Overall, Dog Park is a light, family-weight game that can be enjoyed by just about any dog lover out there.