Stranger Things has swept over our culture again, and we've got the perfect outlets to channel your inspiration even after the season is over.

The cultural phenomenon of Stranger Things holds a special place in our Fair Game hearts because the starring characters forged their friendship over a tabletop game in Will's basement. Games are all about bringing people together and engaging our minds in something creative, satisfying, and fun. Time and again, Eleven, Mike, and the gang put their heads together to solve problems and save the day.

Here are a handful of awesome games that will put you in the shoes of a handful of plucky preteens seeking adventure and rising to the occasion. 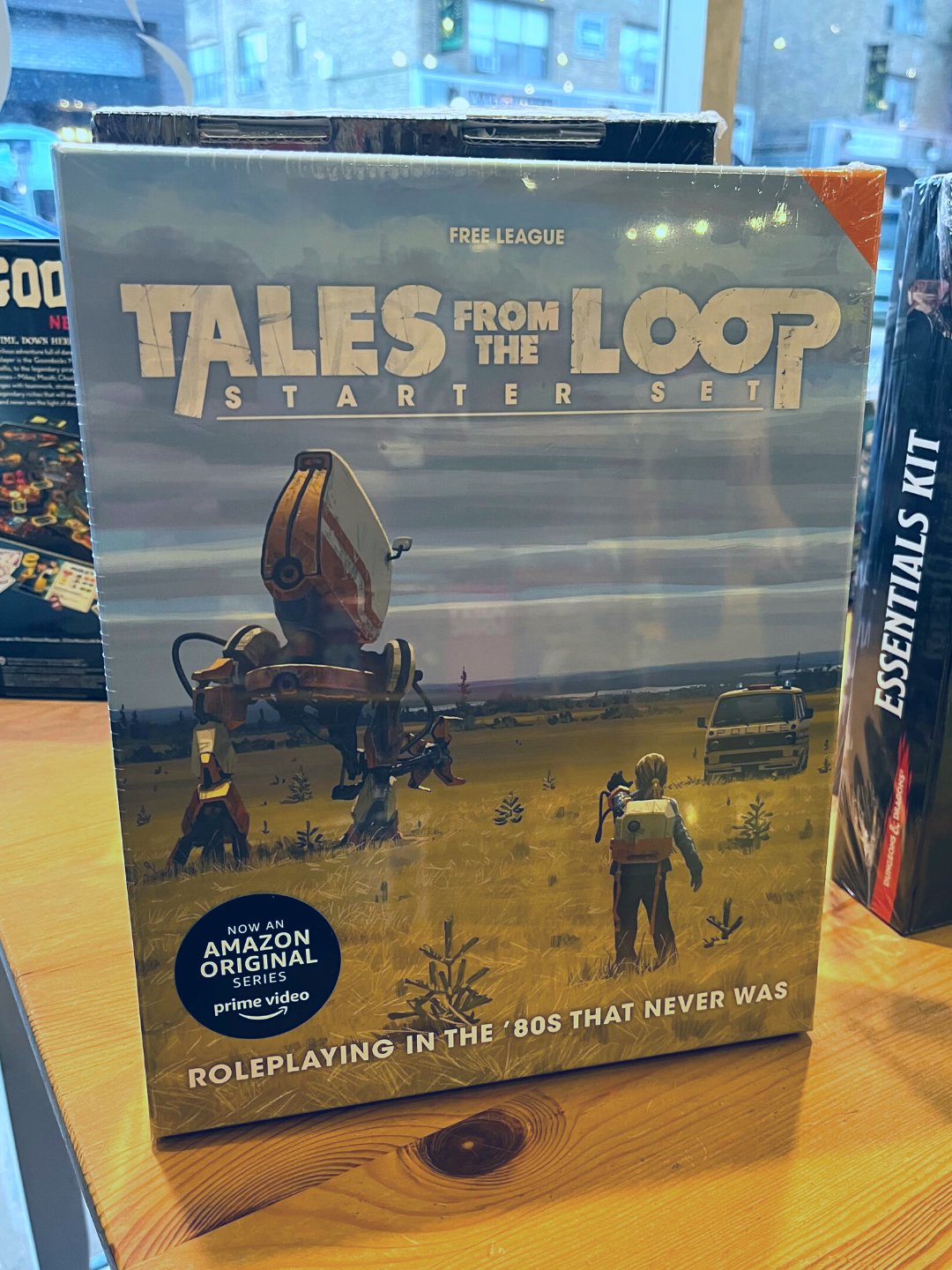 Tales from the Loop

Tell stories of adventure in the 1980s that never was - but be sure to come home in time for dinner! Tales from the Loop takes roleplaying to a stylized universe of 80s rock, strange science, and wild creatures that are everyday sights to the characters in the game. This setting is so cool that it has made its way to TV; "Tales from the Loop" is an original series available on Amazon Prime!

Players take on the roles of kids getting to the heart of a mystery in this vivid world of fantastical machines and monsters. Tales from the Loop uses a d6 dice pool system that is very simple to run and invites players to exert their characters to accomplish their goals.

Put yourself in the shoes of the plucky protagonists from the iconic movie classic as you explore catacombs in search of treasure and adventure. In The Goonies: Never Say Die, one player is the Goondocks Master, tasked with presenting challenges to the rest of the players from a book of scenarios. All other players are the Goonies themselves, equipped with household supplies, quirky inventions, and their wits. This 1-vs-Many adventure game hearkens back to classic board games like Hero Quest and allows you to play something akin to Dungeons & Dragons straight out of the box with a much simpler set of rules.

A group of teens discover a strange board game at a garage sale. This game they pick up is just about spies cracking codes, but soon the kids find themselves embroiled in a real mystery. You'll play the role of these kids as they try to get to the heart of what's really going on in The Initiative.

The Initiative is a cooperative game that rivals the experience of narratively connected escape rooms, with players putting their heads together to find clues and ultimately get to the bottom of it all. The story of The Initiative comes to life in the included comic book that is read between plays. Overall, this game is an impressive foray into storytelling through games and you'll love playing through the entire storyline across 14 sessions. 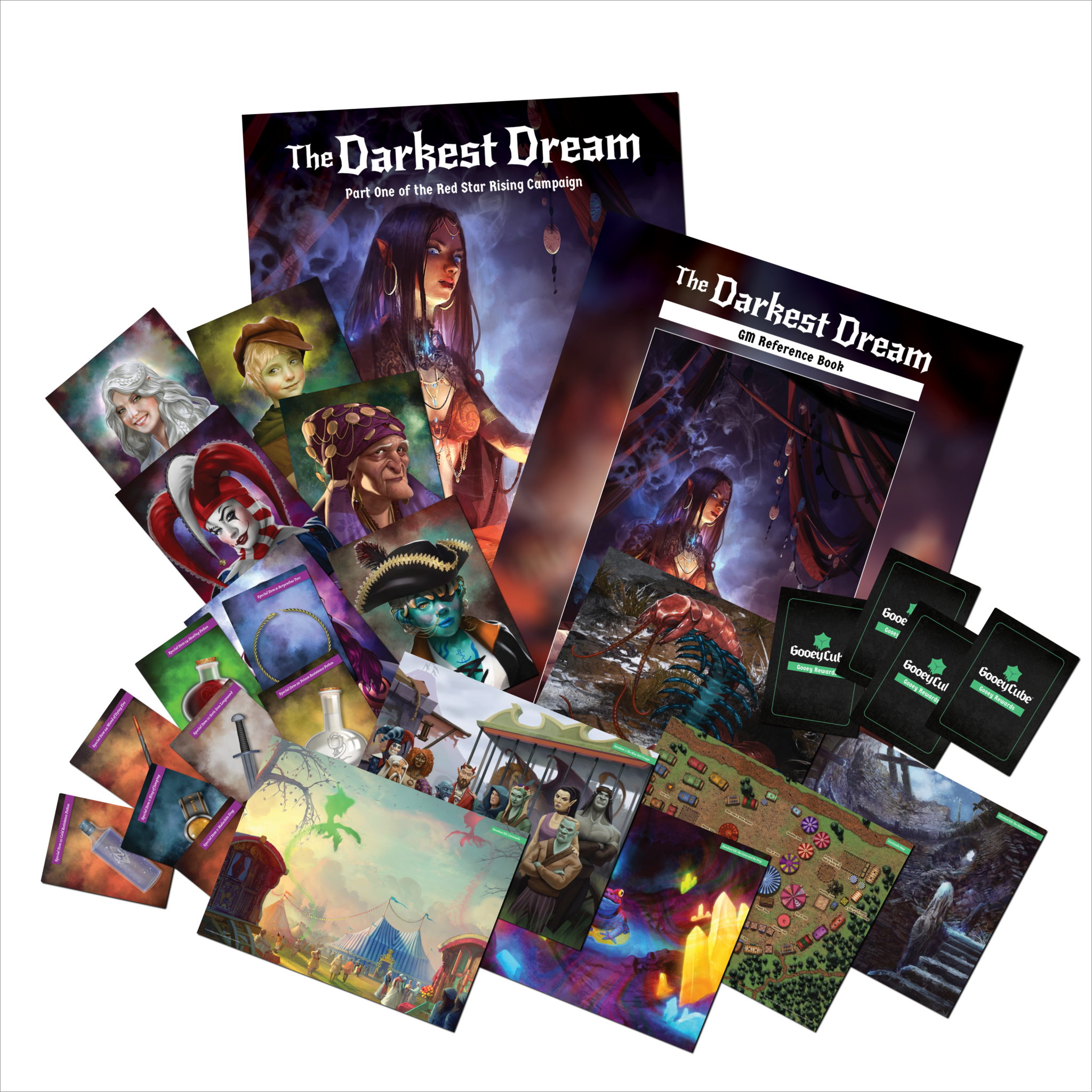 If you're familiar with Dungeons & Dragons already, the Red Star Rising Campaign from Gooeycube is an awesome adventure. These all-in-one modules feature illustrations, handouts, and a massive adventure for you and your friends to explore. You are young performers in a traveling performance troupe in the fantasy world of Zyathé. As Darktide Eve approaches, evil portents make way for criminals attempting to frame your troupe...and an even darker evil lurks on the horizon. The accessories provided immediately draw the group into the story in a way few other published adventures can do!

If you're not familiar with Dungeons & Dragons, then perhaps you should check out the game that lit the world on fire. As the original roleplaying game, D&D has touched the lives of millions across five decades and has inspired countless tales of heroism, action, and adventure. Many games have built upon the foundation set by D&D, and the game's rise to cultural phenomenon in the past decade have solidified it as a classic.

The D&D Starter Set is a perfect product for folks looking to start with the game. The D&D Essentials Kit serves as a standalone starter box that can also be played as a sequel to the Starter Set. And if you've decided you're ready to jump all in, we have a great guide to which D&D books you should go after first.