These eye-catching titles pack a lot of game into small boxes. But what are all these titles like, and how are they different?

If you’ve spent any time wandering through the aisles of Fair Game (I mean, who hasn’t?) then you’ve probably seen a few games from Garphill (or Renegade Games, who distributes them in the US). Most of their offerings sport colorful, almost comic book style illustrations from artist Mihajlo Dimitrievski. If you were at all curious if any of these euro games might be a good fit for you, it's your lucky day! We're starting with the West Kingdom and North Sea Trilogies today, and we will cover their other titles in the next article.

Architects of the West Kingdoms

Architects of the West Kingdoms is a "worker placement" game, yet one with an interesting twist. Typically, a worker placement game gives you a handful of workers that represent your actions. You will take turns placing a worker on a space on the board that lets you gain resources, build structures, buy cards, or otherwise perform whatever ability is on that space.

Instead of starting with just a handful of workers and potentially gaining more throughout the course of the game, you start Architects with twenty workers right out of the gate! Coupled with this, many locations improve by having more workers present. For example, the first worker you place might just give you a single piece of wood; but, the second worker you send to that location gives you two wood; the third, three; and so on. This can help you quickly scale up your resource production. Watch out, though: if you start amassing too many workers in one spot, your opponent can capture them, forcing you to pay to free them. 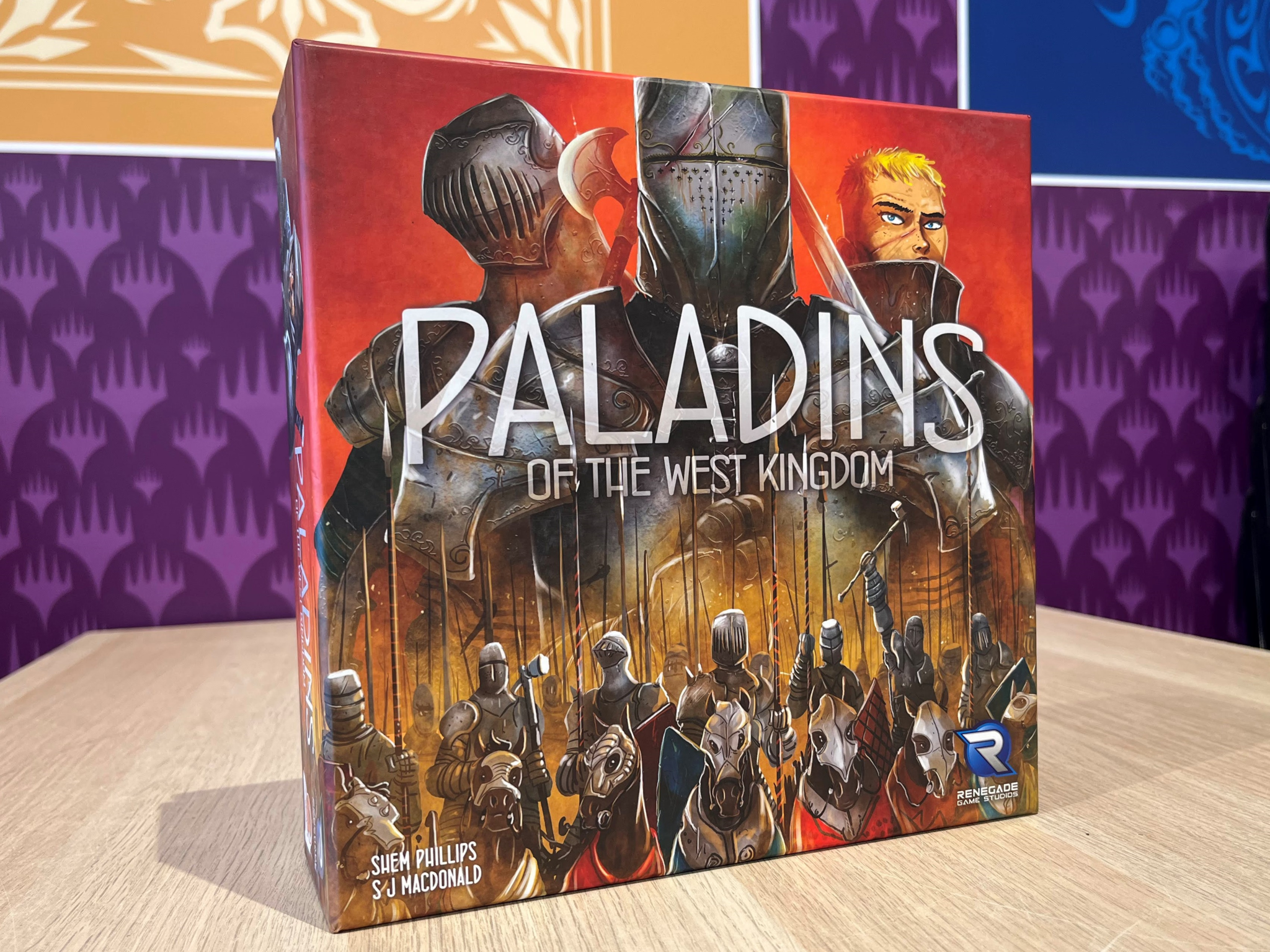 Paladins of the West Kingdoms

Following the path laid out by Architects, Paladins of the West Kingdom is another unique worker placement game. Instead of having your own pool of workers, you share all the workers with your opponents. At the start of each round, you’ll claim workers from the pool. The type of worker you choose matters because many of the placement spaces are tied to the color of a worker. This requires forward planning so you can make sure to get the worker colors you need each round.

Viscounts of the West Kingdom

Branching off from the previous two games in the West Kingdom Trilogy, Viscounts of the West Kingdom isn’t a worker placement game; it is a card game at heart. This title is actually a mix of different mechanics, with the most interesting being its deck building and card play. Each round you’ll play a new card into your line of active cards, knocking the oldest card out of the line. The newest card you played will determine how far you move your character on the map, while the other three cards will determine your actions for the round. There's a lot of interconnected mechanics here, which is both complex and fascinating.

Shipwrights of the North Sea

The first game of the North Sea trilogy, Shipwrights of the North Sea is a card drafting game with a light worker placement element. As the name suggests, you’ll be building longships in the North Sea. There is a bit of resource management here as you’ll need oak, wool, and iron to build your ships. The game also does have a bit of a cutthroat, “take that” element, which might be a plus or minus depending on your groups play style. 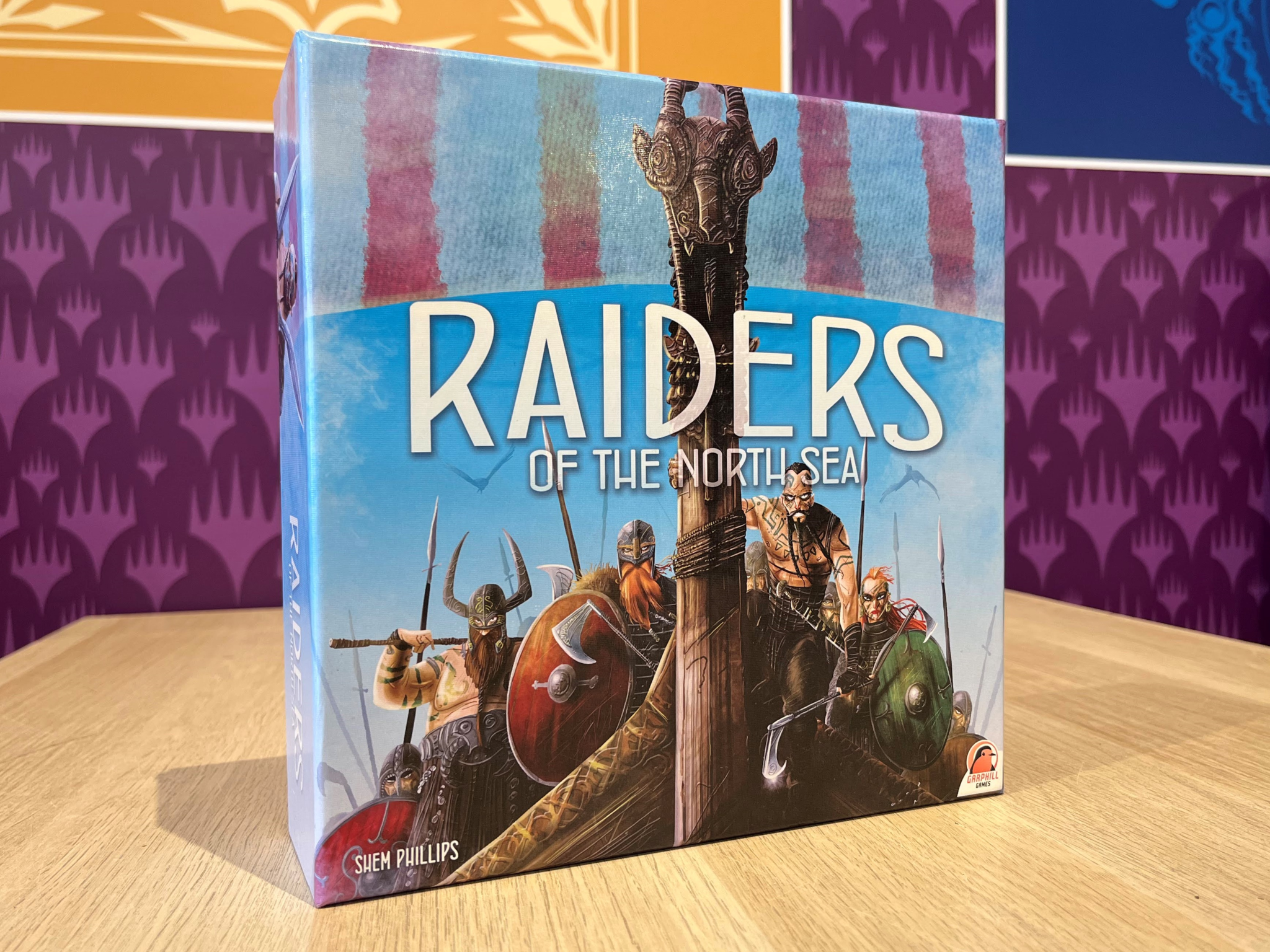 Raiders of the North Sea

Raiders of the North Sea is easily the most popular of all the North Sea games. As with some of the West Kingdom games, it puts its own unique mark on the worker placement genre. The central mechanic in this game uses a “place a worker, take a worker” element to gain the action of the worker you placed and also gain the action of a different worker that you collected back. This rewards a player with forward thinking as you’ll be setting yourself up for a future turn. Combine this with some hand management and a bit of press your luck and you’ve got the game that propelled Garphill into the mainstream.

Explorers of the North Sea

Probably one the lightest games we’ve talked about today, Explorers of the North Sea is a “gateway” level board game. The game’s main focus is being a pickup and deliver game that will have you laying down hex tiles and exploring the map with your little Viking longship. The goal is to gather resources into your boat and deliver them back to your settlement. The gameplay in Explorers of the North Sea is light and quick to play, making it a great option for new gamers. If you are interested in these Garphill titles but are feeling a bit intimidated, Explorers is a great one to start with.