If you have seen these eye-catching games on the shelves, you may have wondered: what sets them apart from one another?

Recently we posted our “What’s up with Garphill Games” article where we took a quick look into this euro game publisher. In it, we went over games in their North Sea and the West Kingdom trilogies. Today, we are going to look at their other series of games. Notably, this will be about their Ancient Anthologies and Circadians games. 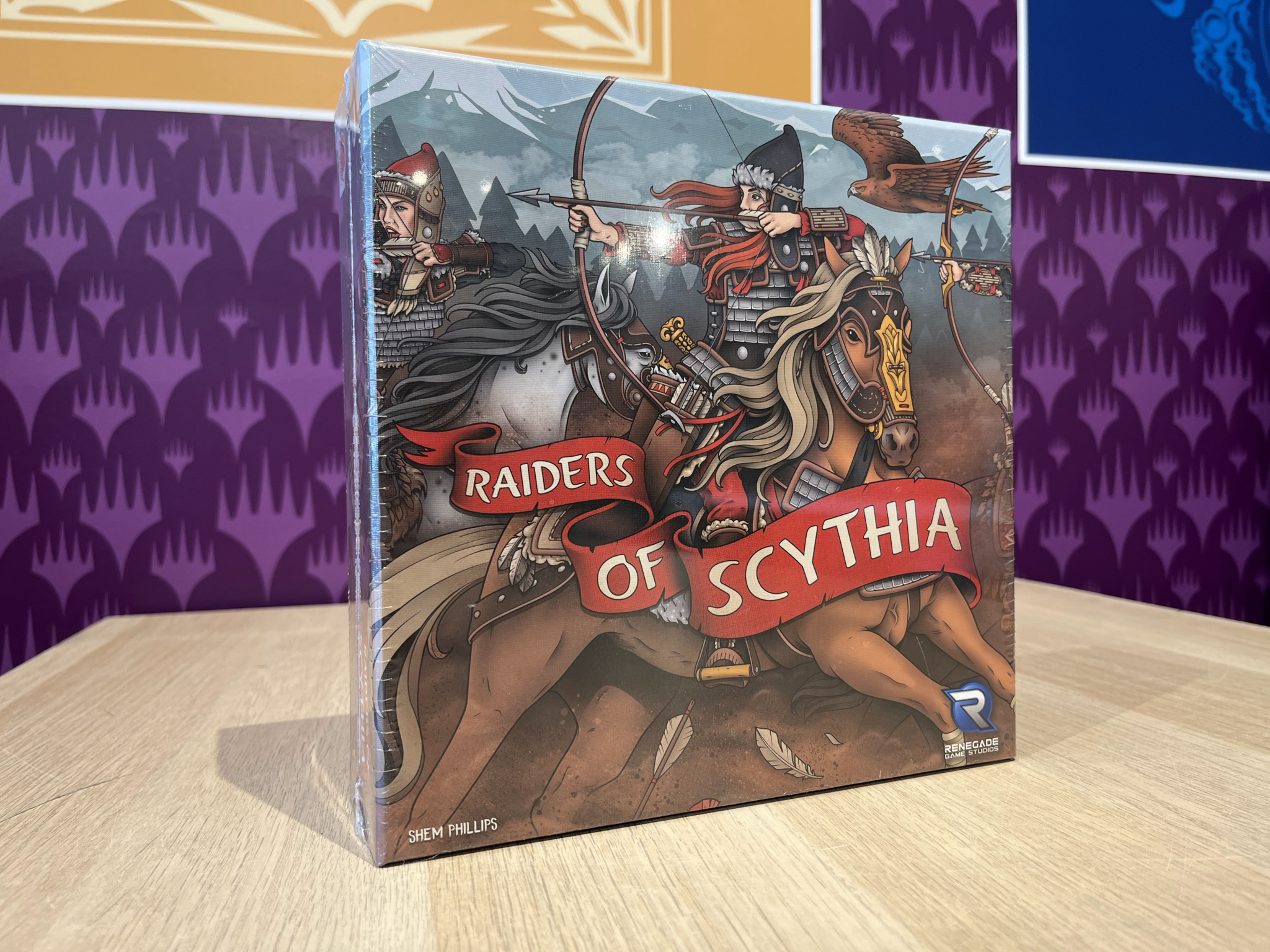 While the West Kingdom and North Sea trilogies all shared a common setting and sometimes mechanics, Ancient Anthologies is a little different. These games are not tied together in story or gameplay; instead, the seek to spotlight stories and cultures from ancient history that are underrepresented in tabletop gaming.

The first game of Ancient Anthologies was Raiders of Scythia. This is a worker placement game where players take on the role of the Scythians, a group of nomadic people from before the common era. On a typical turn you’ll be placing a worker and then picking up a different one to use on a future turn. If that sounds familiar to you, it’s because it is; the core mechanic was inspired from their Raiders of the North Sea game, making this a spiritual successor to it. But don’t worry, this isn’t a simple retheme, as Raiders of Scythia goes off in its own direction in a few areas as well.

Hadrian’s Wall was a defensive fortification on the frontier of the Roman empire. It was started during the reign of emperor Hadrian (shocking, right?). In the board game, you’ll be building wall sections, fortifications, and guards all while dealing with citizens of the empire. For the gameplay, Hadrian’s Wall is a "flip and write game" (think Yahtzee-style scorepad, but with cards instead of dice) that has a variety of different boxes for you to cross off. It’s one of those games that features a lot of combos—where you’ll check a box on one track, and it will give you a bonus on another, that you can use for a third track… if you liked the style of gameplay in That’s So Clever or Super Mega Lucky Box, Hadrian’s Wall is similar to that but with a lot more depth.

Legacy of Yu is set during the reign of Emperor Yao in Ancient China. During this time, the people were constantly plagued by deadly floods along the Yellow River. It will be the player’s job to fix this mess. Not much is known about this one as it’s not due to release until 2023, but the publisher is slowly releasing information on the game: “Legacy of Yu is a solo-only, fully-resettable, nonlinear campaign game in which you step into the role of the legendary hero of the Xia Dynasty, Yu the Great” 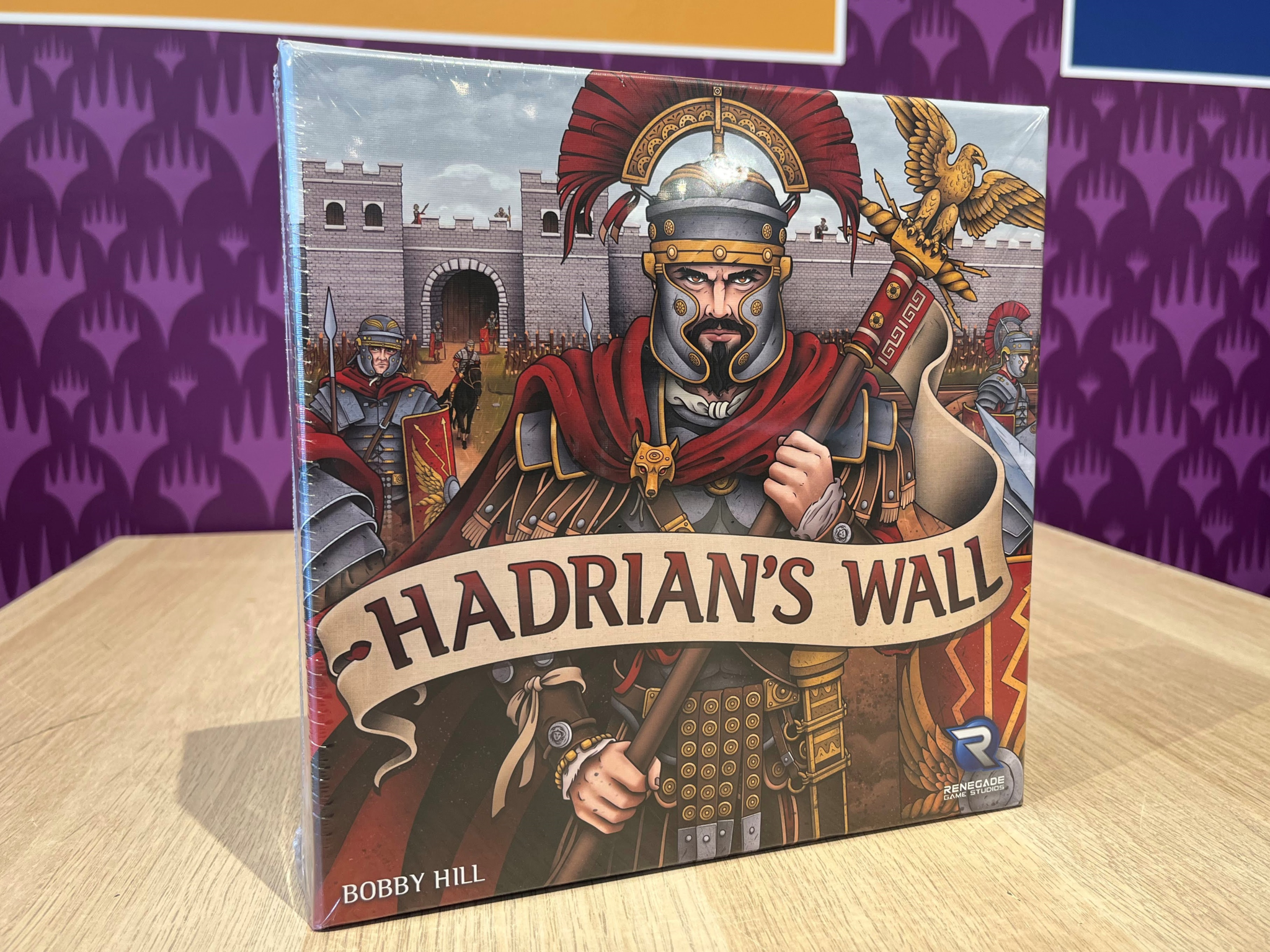 The Circadians games are set in the future, with one available and another one on the way. Besides the theme, they also both feature art from illustrator Sam Phillips. His unique style is quite the change from that of Mihajlo Dimitrievski’s in Garphill’s previous games.

In this dice rolling game, players will lead a team of researchers to the planet Ryh. At its heart, Circadians First Light is a dice placement game with a healthy dose of resource management. Each round you’ll roll dice (your workers) and place them on your hidden board. Each place you set a die will have different outcomes, depending on if you are using the actions on your farms to gain resources, or the main board to gain bonuses like extra dice, rare gems, move a harvester, or trade at the market.

Due to arrive this summer is the second game of the Circadians series. Circadians Chaos Order is a competitive, confrontational area control game with highly asymmetric Factions. There are six different factions in the game and each one will have their own means to winning the game, as well as unique leaders, abilities, and attribute cards. Again, we’ll have to wait for this one to arrive to give you a better run down, but it seems like a great fit for fans of asymmetrical area control games.